Home Procurement News Is nearshoring growing in the US?

Is nearshoring growing in the US? 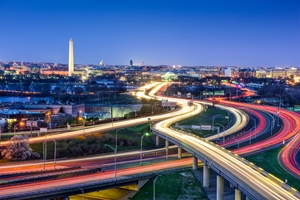 Already, 2017 puts forward several opportunities to change production processes. With a new administration and a fresh year ahead, there's time to reconsider the possibility of reshoring supply lines in the U.S. There are a few different examples in the news of this taking a priority for companies large and small.

Confusion over Apple
Forbes noted that there were mixed signals recently over whether or not Apple would lead the charge in relocating its supply processes from China. While the source said that it seemed unlikely that Apple could successfully transfer operations, there had previously been a report that the company was actually considering this, leaving the actual position somewhat ambivalent.

Apple obviously doesn't have the final say over what other companies do with their supply chains, and it's also just one giant in a tech scene with several others. However, it could be indicative of how businesses of this size approach this problem as they try to keep growing. As Forbes pointed out, Apple may have the technology to operate swiftly, but it also has so much complexity it needs to stay active in certain regions for years at a time. This could be another point in support of strategic sourcing.

Reversing the trend
In some industries, it may take a conscious effort to work against outsourcing and re-establish production on American shores. Industry Week recently cited data from the International Bike Organization showing the U.S. rate of bicycle production over the past two decades.

According to this information, domestic production has dropped significantly since 1990, when it accounted for 5.6 million units. The country hasn't produced more than 1 million bicycles since 2000, but there seems to be a gradual upward trend now, beginning in 2015, as the U.S. makes more progress to the 1 million mark.

Part of this may be because of greater cost-efficiency in the U.S., as well as high turnover in foreign facilities and new initiatives to promote nearshoring. To build on this, governments and corporations may continue to look for their own ways to change, if possible.

Other countries could nearshore as well
The quest to get businesses more involved in their home nations goes beyond just the U.S. Computer Weekly recently wrote about the European nearshoring sector, which has reportedly changed over the years.

This CW piece said that typical nearshoring "pitches" were based on the general benefits, such as lower costs and better infrastructure. Unfortunately, the new world business climate requires participants to be more specific and be customized to meet "maximum refinement." It contrasted the newer approach with the old, saying that the modern nearshorer has more incentive to "play it niche" and offer locations that meet particular goals.

Companies can use low cost country sourcing/nearshoring as a tool for reducing costs and responding to the current market. By making strategic choices, it's possible to try and satisfy both the business and the customer base. Time spent investing in this could pay off if the end result is lower expenditures and a tighter control of supply.
Procurement News