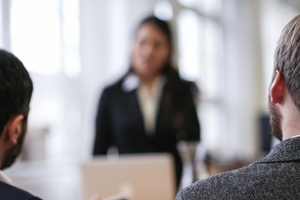 Logistics itself appears to have improved jobs numbers during the recent holiday season, with the increase in traffic leading to a similar rise in employment.

The Wall Street Journal said that while overall job growth numbers were down, the developments in the logistics sector showed some strength for the industry. Transportation, warehousing and trucking companies all saw new jobs, with the first of these witnessing just 14,700 jobs within the single month.

It's true that the holidays often see increased activity, but it's worth it to consider the impact on labor and shipping companies specifically. The source also said that a vast majority of the new transportation and warehousing industries were "courier and messenger" businesses, according to the Department of Labor.

The head of the DoL, Thomas Perez, released a statement on December jobs, saying that the economy was still strong.

"December saw the strongest wage growth since 2009; wages grew faster over the last year than at any point during the recovery," Secretary Perez said. "All told, the U.S. economy has added 15.8 million private-sector jobs since February 2010. We've experienced 75 months of continuous overall job growth, the longest streak on record, and over two years longer than the previous record."

If December always leads to an uptick in traffic, it's fair to question whether it's an accurate model to follow for the rest of the year. The Journal featured other data as part of its December jobs report. comparing 2016 trends with those from the previous year. In both unemployment (which dropped by 4.7 percent in December 2016 alone) and "broader unemployment" (which fell by 9.2 percent in the same period), the source found a decrease in 2016, compared to the 2015 figures.

The report found other details related to labor performance, including average hourly wage earnings, which tracked higher for all private employees, greater than the rate of inflation. The actual average wage for all of these workers was $26, which grew nearly 3 percent over the same time of year in 2015.

These statistics may seem encouraging, but we also need to pay attention to the possibility of new jobs coming, which could change logistics and affect the workforce even more. Adding further managed IT services to logistics control could require new additions to specifically keep the company up to date.

Some of these positions, mentioned in a Forbes piece, include the "commercial troubleshooter" or "production planner" titles, which marry technology with oversight duties. This also shows the concerns businesses have with technology potentially "replacing" workers. Instead of this, the jobs that help bridge the gap between human workers and automation could continue to be relevant.
Using e-sourcing and other strategies can also help shipping companies grow without losing traditional workers.
Procurement News