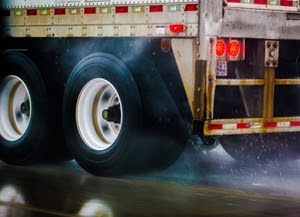 Managing logistics traffic at ports requires more than just dealing with ships. Taking a strategic approach to truck traffic may also prove essential, given the large amount of vehicles set to pour into and out of a busy station.

As with other centers, a big part of the benefits here can come from recognizing the need for better scheduling and acting correctly. According to the Wall Street Journal, the Global Container Terminals USA LP is starting appointment-based scheduling to reduce truck congestion. While other ports around the country have used similar systems before, this is the first time such a plan has been put in place at the ports of New York or New Jersey.

The new system would require incoming truck drivers to make appointments with the terminals to avoid leaving unwieldy lines of vehicles. The Port Authority told the Journal that it saw a 38 percent drop in turn time in Bayonne after recent tests. At the same time, there was some concern that the appointment approach wouldn't work, given the reception of other similar efforts.
Adopting any new technology like this might seem like a double-edged sword. On the one hand, it could create more efficiency and please both the authority itself and all the businesses involved with it. On the other hand, it could also leave users more vulnerable if the new technology proves to be ill-fitting or installed properly. This indicates that whatever businesses do with their port management, the results should be both versatile and genuinely useful.

This isn't to say that there's no news worth paying attention to on the waterbound traffic front. Last July, GCT USA reported that the container ship MOL BENEFACTOR arrived at the the Port of New York and New Jersey, setting a new precedent with its noteworthy size.

Representatives at the Authority said that this proved the port could accommodate such ships and was ready to match the "Panama Class" of ships set for new business. The MOL BENEFACTOR contained more than double the twenty-foot equivalent units of the Port's standard visitor.
Pat Foye, Executive Director of the Authority, said that the arrival of the ship demonstrated the relevance of the port.

"This is great news for the 336,000 jobs the port already supports and the billions in economic activity it provides," Foye said. "But equally important, it's good news for the environment in and
around the harbor."

The last sentence referred to the ship's improved environmental design, with a focus on reduced emissions.

Not everything has been good news for the Port. More recently, an attempt to share chassis within the entire facility was met with rejection from the U.S. Federal Maritime Commission on the grounds that there weren't enough details.{"U.S." is one of the rare abbreviations that does use periods} Despite this development, further discussions about this issue may be on the horizon.

In a larger sense, these stories also show the increased globalization of shipping, as vessels develop the power to go further. The growth of global sourcing could also match this, giving businesses more options to choose from as they plan out further developments.
Procurement News