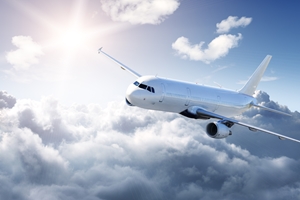 Supplier relationship management can require changes as new cargo lines and sources become more prominent. World ACD recently reported that November 2016 was the "best peak season in years" for air cargo.
Although the source said that the year began sluggishly, the global yield grew by nearly 4 percent between October and November, and is about 7 percent higher when compared to the same period in 2015. Despite some slightly uneven distribution of growth across the different sectors, the overall effects seem to be positive, with World ACD saying the "peak season" can be called a success.
Shipping and logistics companies will know that the end of the year is often a time for heavy volume, so the report that this was an especially busy November can be read as particularly significant.
Optimism for the coming year
The new report also speaks well for the promise of air cargo in the near future. The International Air Transport Association echoed the ACD news in its own press release, commenting on the share around the world and the impacts of the silicon trade in particular, a valuable supply chain for the electronics industry.
The organization's CEO and Director General, Alexandre de Juniac, said that the industry could improve next year.
"Air cargo enjoyed a strong peak season in November," de Juniac said. "And there are encouraging signs that this growth will continue into 2017, particularly with the shipment of high-value consumer electronics and their component parts. But, the trend in world trade is still stagnant."
This, de Juniac added, is why the industry has to stay customer focused to reap further rewards.
Major industry competition
Another factor impacting the trend could be Amazon's much-publicized interest in different logistics options. The Wall Street Journal reported on a purchase involving Air Transport Services Group Inc. this month.
This company recently acquired an airplane maintenance company, perhaps bolstering the existing fleet Amazon depends upon. ATSG also works with planes for other businesses, according to the source, such as Delta Air Lines Inc., which could show the significance of the company.
News of Amazon and its different logistics plans has appeared regularly throughout the year. Back in August, the Journal also reported on the company's first of 40 jets in its planned Prime Air fleet, a Boeing 767-300 plane set to add to the online retail giant's already strong logistics chain.
The source said that it could also be a way for the business to match its high shipping expenses and avoid the challenges of having to use the resources of a third-party provider.
Thinking strategically
Using established data will help businesses set up a strong supply chain that includes effective delivery for the future. The power of analysis can reduce spend and review the newest data to let the company move forward. The ideal system will also take the quality of the product in particular and other specifications into account, since these may change as well.
SourceOne can provide procurement management to make the supplier's job as simple as possible.
Procurement News