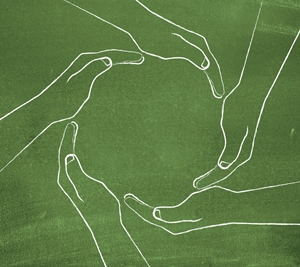 Ambitious plans and business process outsourcing can be an organization's best friends. To make a radical change successful, granular analytics can help bring specific data into the conversation, harnessing relevant information to make a difference. This can also apply to green energy, environmental initiatives and other attempts to make the basic processes of the supply chain friendlier to the planet.
Procter & Gamble has created a new example of this approach to follow, which includes a long?-term benchmark for improvement, not just an immediate plan. According to a statement, the company wants to take dramatic steps to eliminate all manufacturing waste over the next three years.
Building off of success
Already, the company said, 56 percent of its world production sites generate zero waste, and the future expansion of the policy will focus on reusing, recycling or otherwise taking advantage of existing material for a more sustainable approach.
The company's President of Global Product Supply, Yannis Skoufalos, described some of the ways Proctor & Gamble has been able to create a profitable "afterlife" for its raw materials after intended use.
"For example surfactants from Head and Shoulders waste in China are repurposed into carwash, while scrap from our Tampax plant in Canada is used to make emergency spill containment products," Skoufalos said. "These innovative external partnerships enable our sites to see scrap not as waste, but as potential worth for someone else."
Other zero waste leaders
Although having a bold goal to meet could seem daunting, it also encourages businesses to keep working for greener results. Last month, Environmental Leader reported on General Motors' progress in reaching toward its own landfill waste reduction plan.
The source said that the auto manufacturer had 152 global sites that each produced zero waste as of the end of December. This is two more sites than the 150 the company hoped to achieve by 2020, as it laid out in an earlier plan.
On top of this, the company also claimed on its website that its world headquarters creates zero landfill waste, an effort that has bled over into the way it works with its partners. It can be important for any business to have major benchmarks to use as signs that it is improving, even though that takes time.
The ultimate goal
Lowering landfill waste can make a statement on its own, but it also helps reinforce any collective that wants to remake its image into a more environmentally conscious one. An SDExec piece commented on this, listing the many businesses and brands dedicating money to some sort of sustainability measure, including sourcing. Businesses with grand intentions may need to start by improving their sourcing processes.
Procurement management takes many different elements into account, from the state of the market to the decisions that would save the most money. Source One, in particular, can help companies work with countries to optimize existing chains. Any major project, including a green restructuring or waste reduction, could require oversight using the latest, most intelligent tools available. Source One puts those tools within reach.
Procurement News