Home Procurement News What does Brexit mean for supply chain and logistics organizations?

What does Brexit mean for supply chain and logistics organizations? 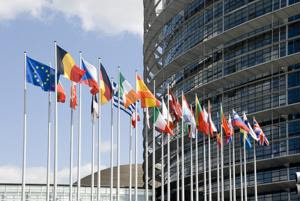 The United Kingdom's recent decision to leave the European Union marks an unprecedented event that is expected to have a reverberating and ripple effect - not just on the region itself, but across the rest of the world as well. In addition to the political chaos that has already begun to commence as a result of Brexit, one of the areas of most concern is what it means for businesses.

Supply chain, logistics and distribution sectors may be among those seeing and experiencing some of the most dramatic shifts and severe implications as the result of the departure. Most organizations across the globe are riddled with questions about how this decision is going to impact supply chain operations both in the short and long run. The problem is that this situation and its varying circumstances are clouded with confusion and uncertainty.

Logistics and supply chain disruptions
The Wall Street Journal reported that shipping and logistics companies will be forced to deal with supply chain disruptions until updated trade agreements and regulations are established. In addition to a hampered flow of goods, many organizations in the sector are also expecting a surge in retail and manufacturing organizations looking for assistance in adjusting to the new trade reality.

Amid growing concerns, though, there are still many trying to assure the business community that there is no need for panic and that conditions are generally still, and will continue to be, stable.

"There clearly is going to be a period of transition here where everyone is trying to figure out exactly how Brexit will take place," C.H. Robinson Chief Financial Officer Andrew Clarke explained to The Wall Street Journal. "But it's not like the U.K. will stop trading with the EU and the U.S. or anyone else."

Even so, it seems transportation and logistics businesses may already be experiencing some repercussions of U.K.'s vote to leave. According to the news source, last week, XPO Logistics Inc. shares dropped by almost 15 percent - 12 percent of the firm's total revenue is generated from the U.K. Furthermore, in New York, shares for both United Parcel Service Inc. and FedEx Corp. declined at rates of 2.2 percent and 3.8 percent, respectively. Some Europe-based logistics and cargo companies also saw a drop in shares.

Retail outlook
A global e-commerce executive explained to the source that Brexit may also benefit retailers and logistics organizations in the U.K., at least in the short term, since a weakened pound means foreign buyers can purchase goods for less. From a retailer's perspective, the source added, the U.K.'s vote to leave has made countries throughout the region more closely resemble America, Japan or China because it has complicated the shipping and distribution process. Down the line, retail supply chain operations may get even more complex, as distribution channels become restructured and more specific restrictions are set in place.

Most organizations seem to be in agreement that, despite what Brexit could mean for future operations, developing new trade relationships and regulations will take a few years, at least, so there won't be too much immediately affected.

Lack of response planning and preparedness
Although talks of a possible U.K. departure were in the works prior to last week, the news came as a shock to many. Two weeks before the referendum, Logistics Manager issued a survey to logistics and supply chain professionals in the region that revealed over 80 percent of respondents had no contingency plan in place in the event that Britain decided to leave the EU - which is surprising considering that more than half agreed that it leaving would affect business. When asked about what additional concerns existed over the possible pull-out, participants cited:

Although many regional and global supply chains seem to be approaching this event as a crisis, others are viewing it as an opportunity. The source noted that Europa Worldwide Group Managing Director of Logistics Operator Andrew Baxter referred to Brexit as "a great day for Britain," and that, in the long run, this decision will improve the economic safety and security of the region.