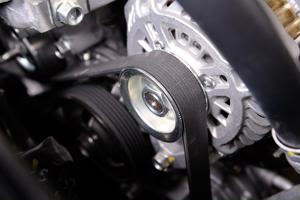 While some major companies, such as Amazon.com Inc., are enforcing stricter control over their suppliers by outlining narrower regulations and increasing fees, it seems other corporations are taking a more lenient approach to achieving supply chain stability.

This week, The Wall Street Journal reported that General Motors Co. will start allowing approximately 400 of its suppliers to engage in contract term negotiations once a year in response to the increasing material costs and foreign market volatility. That the automaker giant is making it so its manufacturers, which provide parts for new cars sold in Brazil and Mexico, will be permitted to renegotiate their terms of agreements may come as a surprise to some, as it is a drastic turn away from its traditional, rigid approach to enforcing supplier contracts.

Improving supplier relationships
The driving force behind this decision, The Wall Street Journal indicated, is that GM wants to help to ensure that its suppliers do not face financial-related disruptions that could stall production. Put simply, these manufacturers play a pivotal role in the automaker's broader plans to expand globally. Because GM is making a $5 billion investment in selling Chevrolet cars in Brazil and Mexico, it is relying on the steady flow of components from these suppliers.

"What we have today are fixed, very rigid contracts and we tell the suppliers don't bother us with the details," GM Purchasing Chief Steve Kiefer explained in an interview with The Wall Street Journal. "On a very narrow band of business, that approach works. But when you have moving raw-material costs and currency rates, you find yourself spending too much time fighting over that."

Kiefer also said that the company is focused on working with manufacturers to make investment in the Brazil market work. The goal, he indicated, is to implement an easier, more collaborative strategy. Another GM executive told the source that this move is going to force other automakers to follow suit, since the majority of their earnings are used for suppliers.

In an interview with Rubber & Plastic News, Bill Kopicki, one of the directors of GM's global purchasing and supply chain department, recently offered more insight into how the company is looking to further implement better supplier relationship management, particularly with its tire manufacturers. He said that the organization is "making leaps and bounds" to do so, placing significant emphasis on its Strategic Supplier Engagement model. In addition to price, Kopicki explained, it also looks at a number of other key factors, including quality, technology, innovation, performance and service.