The Strategic Sourceror on Thursday, June 16, 2016 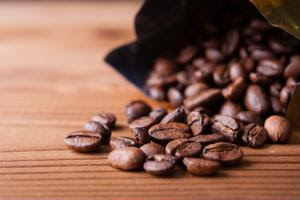 This week, Starbucks Corporation announced that Hans Melotte has been appointed as the coffee chain giant's new executive vice president of its global supply chain division. In his role, which he will assume on June 27, Melotte will be responsible for leading end-to-end supply chain operations throughout over 70 countries, managing supplier relationships, overseeing a network over more than 16,000 vendors, directing transportation and distribution functions and aiding in the overall strategic growth of the organization. Prior to joining Starbucks, Melotte worked as the chief procurement officer for Johnson & Johnson

"I've had the opportunity to lead a truly world-class procurement organization at Johnson & Johnson, and as I embark on this new chapter, I am honored to join Starbucks and help shape the future of its global supply chain operations," Melotte said in the statement.

Starbucks President and Chief Operating Officer Kevin Johnson added that the supply chain and procurement vet, given his quarter century's worth of career experience, possesses the technical skills and leadership capabilities that are needed to help the company advance. He also added that Melotte will play a key role in helping Starbucks enhance its retail and distribution operations.

According to The Wall Street Journal, this change is part of a broader effort by Starbucks to transform its offerings to include cold-brewed coffee that is sourced from a single origin and infused with Nitrogen. Earlier this year, the source noted, the chain's first South African location was opened. It experienced a 16 percent profit increase in April, adding just over $575 million to its $5 billion earnings, a growth that is attributed, at least in part, to its mobile app. However, since then, The Wall Street Journal revealed, there has been over an 8 percent decrease in shares.