The Strategic Sourceror on Wednesday, June 15, 2016 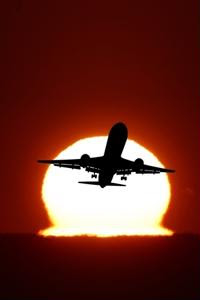 As the competition between retailers heats up, many have been racing to uncover logistics strategies that facilitate faster, more affordable shipping and distribution operations. Earlier this year, it was revealed that e-commerce giant Amazon.com Inc. would be making moves to establish its own distribution network - raising the bar for other businesses in the market. But it seems the more involved in the shipping industry Amazon gets, the more scrutiny and compliance issues it may be expected to address.

This week, The Federal Aviation Administration announced that it is attempting to force the company to impose stronger shipping controls, primarily by hitting it with a $350,000 civil penalty fee for an alleged violation of the Hazardous Materials Regulations. The particular incident in question occurred two years ago and involved nine United Parcel Service Inc. workers who were exposed to a hazardous chemical from goods being transported by air. The package, which the statement said was not constructed correctly, contained a harmful substance. This "Liquid Fire," a type of drain cleaner which leaked while en route to Kentucky from Colorado, is said to have caused the employees to experience a burning feeling.

FAA stepping up its enforcement of shipping safety
The FAA also alleged that the shipment had no statement, indication or disclosure warning of the danger of its contents. The source added that, although the employees applied chemical wash after being exposed to it, Amazon's packaging included no instructions on how to appropriately handle an emergency related to coming in contact with the product. Furthermore, the organization suggested that this is far from the first time Amazon has breached the compliance standards set forth by the Hazardous Materials Regulations, saying that between 2013 and 2015 it racked up two dozen violations.

According to The Wall Street Journal, this is just one step the FAA is taking in its broader effort to crack down on the regulation of hazardous materials and enforce stronger safety protocols. It also happens to be at a time when Amazon, which has a daily shipping count reaching into the ten millions, is focusing its investments on expanding its distribution and transportation network.

In an email, Amazon spokeswoman Kelly Cheeseman told the news source that the e-commerce company is extremely serious about shipping safety, adding that it recently implemented "sophisticated technologies to detect potential shipping hazards" in the tens of millions of shipments it sends every day.

A logistics consultant pointed out to The Wall Street Journal that management its shipping and distribution network was a lot easier when it wasn't as large and that not enough attention had to paid to determining what should be transported by air vs. ground services.

However, as the corporation continues to gain market share, expand its network and increase the power and capacity of its distribution, Amazon is going to have to become increasingly careful regarding its shipping controls.