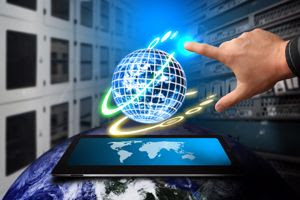 Navigating retail supply chain management and optimizing operations in response to the rapid acceleration in e-commerce is far from easy. And while some retailers are taking significant measures to expand their global online market​ share, others are taking a slightly different approach to business expansion efforts.

Wal-Mart, the biggest retailer on the globe, recently announced that it has agreed to partner with JD.com, one of the largest e-commerce companies in China. The alliance will fuel an abundance of new initiatives for selling both on and offline, though it does mean Wal-Mart will be handing over the majority of its Chinese e-commerce platform, Yihaodian, to JD.com.

E-commerce expansion in China
Of course, for Wal-Mart, this moves meaning expanding its footprint throughout China and gaining a greater share of its existing e-commerce market. Because JD.com already has a strong collection of consumers making purchases online, it could also mean the retailer will get more in-store traffic. And, thanks to Wal-Mart and Sam Club's imports, these customers will be given a greater selection of goods.

As TechCrunch explained, the decision Wal-Mart made to sell its Chinese e-commerce platform makes it so that, instead of completely running its own online store, now it will operate as a retailer within Yihaodian. It is also worth noting that one of JD.com's biggest rivals is Alibaba. Wal-Mart still owns a 5 percent share of JD.com, which equates to approximately $1.5 billion, the source reported. And this alliance will further increase JD.com and Alibaba's competitiveness with one another. As of right now, combined, the two companies account for at least 80 percent of e-commerce spending in China. However, JD.com is not exactly the same as Alibaba - it runs its individual logistics network and focuses on fresh groceries and goods.

Enhancing consumer experiences
Because China contributes a significant portion of Wal-Mart's foreign revenue, growing its distribution network in the region is crucial to the retailer, even if it seems to be taking a step back from the e-commerce side of business.

In the company's announcement, Wal-Mart President and CEO Doug McMillon said the retail giant is excited about this strategic alliance and that JD.com will provide the kind of value and experience needed to enhance the experience of its customers and expand its outreach. JD.com CEO​ Richard Liu added that this deal is a "landmark agreement" that will enable the organizations to take China's e-commerce offerings to new heights.