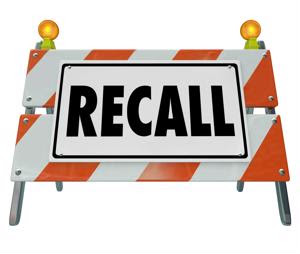 There is no shortage of challenges retailer supply chain managers today have to face. Among the various complexities that make navigating operations such as omnichannel distribution and fulfillment and e-procurement more difficult, reverse logistics is one of the lesser-talked-about obstacles.

However, IKEA recently set an unprecedented mark in this area by recalling of nearly 30 million pieces of furniture in the United States. The products the retailer is urging consumers to either anchor to a wall or return are dressers and chests due to a string of injuries and fatal accidents that have incurred because of the items not being secured properly, including the death of six toddlers.

"Consumers should immediately stop using any recalled chest and dresser that is not properly anchored to the wall and place it into an area that children cannot access," the company said in its press release. It added that shoppers who purchased one of the problematic chests or dressers between January 2002 and June 2016 will be offered a full refund, whereas those who own one that was manufactured before 2002 may receive store credit. The announcement explained that the recall, which is being issued by the U.S. Consumer Product Safety Commission, is happening because the furniture did not meet the industry's voluntary standard requirements.

Recall reverse logistics for retailers
According to The Wall Street Journal, this recall affects half of the chests the retail company sells in America, in addition to the more than 6 million pieces in Canada. And while IKEA declined to comment to the news source about how much this recall will cost the company, Reverse Logistics Association Executive Director Galen Vick said, to his knowledge, it is the largest recall of furniture that there's ever been.

The logistical challenge that IKEA faces is different than those that other organizations have had to deal with when recalling, for example, faulty vehicles, because retailers can't leverage the same kind of information base that dealerships have that could point them to customers who purchased the product.

The Wall Street Journal also reported that Aberdeen Group estimated that, on average, anywhere between 9 percent and 15 percent of manufacturers' total revenue is spent on returns.

However, this enormous recall is voluntary, meaning it is up to consumers to return the products themselves to receive the full or partial refund.