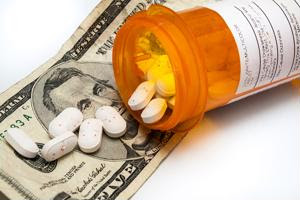 The deal is still pending approval but if it goes through, it will go down as the largest merger of all time in the health care sector. The company's executive offices will move over to Ireland in what is being pegged as a tax-saving inversion deal, explained the source.

"The combination of Allergan and Pfizer is a highly strategic, value-enhancing transaction that brings together two biopharma powerhouses to change lives for the better," said Brent Saunders, Allergan CEO, according to Healthcare Finance News. "This bold action is the next chapter in the successful transformation of Allergan allowing us to operate with greater resources at a much bigger scale."

New company roles
USA Today noted that the combined company would have a projected $25 billion in cash flow by the start of 2018. The new company will be renamed Pfizer and would be set to trade under the PFE ticker at the New York Stock Exchange.

The merger allows the new combo company to preserve Allergan's Irish legal and tax residency. Global operations are set to be based in New York. Current CEO and Chairman of Pfizer Ian Read will keep both titles in the new business and current Allergan CEO Brent Saunders will become president and chief operating officer at Pfizer, reported USA Today.

Regulation road bumps
The agreement will almost certainly face some intense scrutiny from U.S. and European regulators, noted USA Today. Moreover, shareholders for both companies will need to vote to agree on the transaction. Despite these obstacles, company heads are projecting the deal to go through by the end of 2016.

The deal comes at a shaky time for tax inversions in the U.S. Less than a week ago the Obama administration pointed a renewed attack on corporate tax inversions. The Pfizer-Allergan deal is undoubtedly guilty of some form of these tactics.

USA Today defines tax inversions as "transactions in which a U.S. company reincorporates in a lower tax nation in a bid to cut its future tax bills while it's leaving domestic operations in place."

Healthcare Finance News explained that U.S. federal regulators may have a hard time blocking the deal. The merger has been structured to make it appear as if Allergan, based in Ireland, is buying out Pfizer, based in the U.S.

Where regulators may see tax inversion red flags, others may see a beneficial marriage of two pharmaceutical powers. The two companies claim to be pursuing the merger in order to pioneer new developments in the health care realm.

"Through this combination, Pfizer will have greater financial flexibility that will facilitate our continued discovery and development of new innovative medicines for patients, direct return of capital to shareholders and continued investment in the United States, while also enabling our pursuit of business development opportunities on a more competitive footing within our industry," said Pfizer CEO Ian Read, according to the source.

Supply chain heads for both companies should be ready for some serious reconfiguration if the deal breaks through. The two pharmaceutical leaders will undoubtedly consolidate resources in search of improved spend management, making the new combination company an even bigger force to be reckoned with in the health care industry.