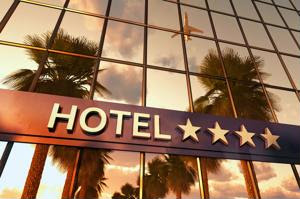 Marriott has announced it will buy Starwood in a $12.2 billion deal that will create the world's largest hotel chain, reported Reuters.

The deal would create a hospitality-industry powerhouse with over 5,500 combined locations. Marriott, whose hotels have struggled to establish an international presence in the past will be greatly aided by Starwood's presence in European, Latin American and Asian markets, noted Reuters.

The deal comes during a time of increasing popularity for Airbnb, an apartment-sharing business that allows homeowners to rent out rooms in their houses for travelers. The merger will reportedly help the hotel giants better compete, explained the source.

Analysts doubt that there will be anti-trust objections to the hotel deal. The combination of the two hospitality giants will still only account for fewer than 20 percent of all hotel rooms in the U.S.

In total, Starwood will be in possession of a little over 35 percent of the new company. However, Marriott will add three of Starwood's members onto the Marriott board of executives upon the closing of the deal, according to Reuters.

Arne Sorenson will continue his role as president and CEO of Marriott with the hotel's headquarters in Bethesda, Maryland, reported The New York Times.

Reasoning and supply chain effects
This is not the first merger for Starwood in recent history. Just last month, Starwood's time-share business, Vistana Signature Experiences, merged with Interval Leisure Group, according to NYT.

Moving forward, Marriot will have to keep a close eye on Starwood's Sheraton hotel chain. NYT reported that this branch of hotels has been a pain point for the Starwood brand in recent years. JMP securities analyst Robert LaFleur noted that the Sheraton brand was a major catalyst for Starwood's review process.

This newest merger comes at a time of increased consolidation in the hotel industry and online travel spaces, explained USA Today.

"The online travel reservations operators have been consolidating as well,'' said Kellner Capital Research Director Scott Kim, according to the source.  "So as online travel aggregators get larger, I think the suppliers, which are namely the hotel operators and reservation systems, really have to try and get larger as well to keep some balance of power in negotiations. So it's really consolidation along the whole supply chain.''

The source also pointed out that the merger is less about rebranding efforts and more about consolidating practices among the two hotel industry supply chains.

Starwood owns major hotel chains like Westin Hotels, Four Points by Sheraton and Sheraton Hotels. Marriot brings The Ritz-Carlton, Courtyard and Renaissance Hotels into the mix. The combination of these hotels' suppliers, distributors and other supply chain sources could be key in terms of cost reduction and overall supply chain management.

"The announcement of this acquisition continues the consolidation trend in the travel industry, it is unlikely that it stops here," said Euromonitor International's Travel Analyst Wouter Geerts, reported by NYT.

If Geerts' predictions ring true, this could mean big news for supply chains across the globe. Consolidation will become the name of the game and supply chains will have to readjust accordingly.