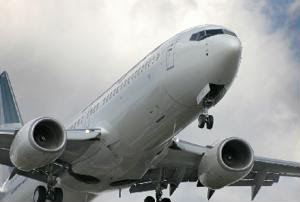 Boeing has fired GKN PLC as a supplier of a key component in the new 737 MAX jetliner, reported Reuters. The move is not expected to affect the anticipated arrival date in early 2017.

The company also assured consumers that the new aircraft will be in the air by 2016, despite the hiccup in the production process. Boeing dropped GKN PLC largely due to a design change around the engine and a fear the supplier would not be able to produce the new models fast enough, explained the Seattle Times.

The design switch involved the inner wall of the plane's thrust reverser. The change was executed in order to decrease the diameter of the 737's engine pod. With the original design, the plane had very little ground clearance, explained the source.

Reuters noted that while GKN has been dropped for this part of the production process, it is still on board for several other key parts of the new jetliner.

"We made this decision to ensure we have a product that is not only maintainable and reliable but is producible at the high production rates of the 737 program," Boeing's spokesman said in a statement, according to Reuters.

Increased demand
Supply chain managers will be feeling the heat as Boeing has also announced its intentions to increase its assembly line production. The 737 assembly lines will be expected to churn out 47 jets per month in 2017, with an even bigger increase in 2018 to 52 jets, noted The Seattle Times.

According to the Boeing website, Jet Airways placed an order for 75 737 MAX airplanes during the Dubai air show in early November. This is the largest order in the history of Jet Airways, India's leading international airline.

"Incorporating the latest design and technology features, the highly efficient 737 MAX will allow us to drive our operational efficiency and reaffirms our commitment to providing a best-in-class full service travel experience to our guests," said Chairman of Jet Airways Naresh Goyal in the Boeing statement.

The deal also sets aside the potential for 50 additional aircraft requests in the future. The pressure for production could have played a role in Boeing's decision to drop GKN as a supplier for the newly designed parts.

While the first 30 to 40 jetliners will still include the GKN-made titanium parts, future models will include the new supplier's materials. GKN refused to comment on its failure to deliver at Boeing's desired speed, according to The Seattle Times.