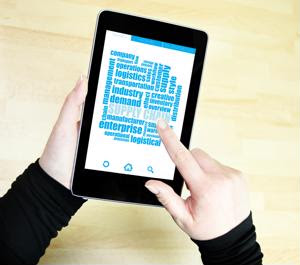 The 2015 Corporate Information Transparency Index report recently revealed Apple Inc. has the greenest supply chain management practices in China. CITI analyzed the supply chain operations of 167 brands to determine the environmental impact of each, and examined how willing each seemed to be in making movements toward more sustainable operations.

The Institute of Public and Environmental Affairs and the Natural Resources Defense Canal collaborated to create the CITI annual evaluation, first published in July 2014.

Apple received a higher score than it did last year, tallying a record-setting 72 points.  Coming in second and third were Adidas and H&M, with other major brands occupying the top 10 spots, including Levi's, Marks & Spencer, Panasonic, Microsoft and Walmart.

The index evaluation offers a comprehensive look into which brands and companies have shown promising proficiency in green management practices throughout their facilities in China. The evaluation also aims to help companies identify and resolve wasteful operations along supply chains. Brands are assessed in five main categories, including how inquiry responses are handled, the level of public transparency and data disclosure, recycling programs and supplier screening.

Apple's green practices and sustainable supply chain
Last month, after finishing a 40-megawatt solar project in Sichuan Province that generates more electricity than is used by all Apple offices and retail stores throughout the country, Apple announced its operations are now entirely carbon neutral in China.

"Climate change is one of the great challenges of our time, and the time for action is now," Apple CEO Tim Cook explained. "The transition to a new green economy requires innovation, ambition and purpose. We believe passionately in leaving the world better than we found it and hope that many other suppliers, partners and other companies join us in this important effort."

The results of this report shed a much-needed positive light on Apple's progression. In the past few years the company has faced an array of issues regarding its operations and processes in China.

In 2012, Apple was widely criticized for its factories' labor conditions in China, particularly the ones handling iPhone assembly, The New York Times reported. According to a recent study by University of California, Berkley, an approximated 1.6 million deaths in the country are attributed to air pollution every year. Apple's efforts to integrate green management into its supply chain exemplify the company's adamant attempts to improve conditions and take significant strides toward being a more sustainable and eco-friendly operation.

Green procurement processes
In addition to claiming the No. 1 spot for green supply chain operations, Apple is the top company in the IT industry, highlighting the fact that it is the only one in this category to implement green management practices such as a centralized water treatment system, the report indicated.

Although they may not have ranked at the top of the list, there are still some brands in particular that have shown significant efforts to initiate and implement green procurement processes. It also noted that the IT and textile industries are making considerable efforts to work together to integrate processes and share suppliers, with the hopes of reducing the impact supply chains have on the environment.