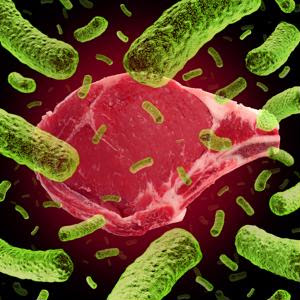 Chipotle has been all over the news this week for an E.coli outbreak in Washington state and Oregon. The company has closed 43 restaurants voluntarily in an attempt to be proactive about the outbreak, reported The San Francisco Chronicle.

Health officials alerted the Mexican cuisine chain of the outbreak and the company has taken initiative by conducting its own private testing to supplement outside official procedures. At the last count 37 people were said to have tested positive for the bacteria strain, noted the source.

Restaurants in the affected areas have been working to fully sanitize all Chipotle locations. Owners and company officials are also taking measures to test clusters of commonly-used ingredients throughout the supply chain. So far, scientist believe that the company's produce was responsible for the outbreak, identifying the correct microorganism for this strand of E.coli on items like fresh lettuce and tomatoes, explained SFC.

What does this mean for Chipotle?
Don't worry too much. While stocks fell on Monday after the incident announcement, a clear line of communication with Chipotle's customer base could save the company from taking too hard of a hit, argued TIME Magazine.

The efforts by Chipotle to reexamine supply chain problems and stay proactive about the issue were great moves by company heads, commented Professor at Harvard Business School Dutch Leonard to TIME.

"Supply chains have a way of sometimes affecting broader areas," said Leonard. "They've tried to do the right thing here at the outset ... to draw a fairly wide boundary around the immediate vicinity of where they know they have seen the problems. The idea is to get ahead of it, and I think that's overwhelmingly the right strategy."

The key now is to ensure the outbreak remains contained. TIME believes that if the outbreak continues to spread, the brand could suffer long-term damage. Chipotle is at an advantage compared to many other fast food powerhouses when it comes to dealing with this issue.

The Mexican chain has always prided itself on locally sourcing its ingredients. As such, it will be much easier to track down issues within the supply chain to pinpoint where the problems originated.

Once the problem is specifically pinpointed, the company should clearly articulate the issue and how it plans on dealing with it in the future.

If Chipotle can manage to control the current contamination, things should be fine going forward. The chain exists nationally and the current store closings only affect 2 percent of the company's total locations, according to TIME.