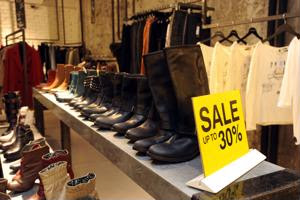 Supply chain transparency is becoming a major factor in the millennial shopping experience. Ecommerce retailer Everlane has essentially built a whole business around this core value.

The startup breaks down every aspect of production costs from labor to material costs extending to supply transportation, reported Business Insider.

The company asks its customers to always ask questions about their consumption. From which factories are used to cost calculations, Everlane is based on the notion that consumers should be asking why.

Transparency in retail
The shift towards transparency springs from consumer demand.

"Sixty-four percent of millennials would rather wear a socially-conscious brand than a luxury brand," said Editorial Director for creative agency Deep Focus Rachel Krautkremer to Racked. "It's a shift in how this generation views their clothing. They want to know where their product is coming from."

Everlane is committed to what it calls "radical transparency." According to Racked, this is what has allowed the company to see a 200 percent increase in sales in 2014.

Reduced pricing
The pricing of Everlane products is markedly lower than its high-end counterparts. This is due to the fact that Everlane achieves considerable cost reduction by producing designs in its own facilities and communicating directly with factories for production.

A sweater that would cost $245 at a name-brand retail giant would cost around $128 at Everlane, noted Racked.

"We're not going to be the cheapest price, but we won't be the most expensive either. The clothing will be Barney's quality at one-third the price," explained Michael Preysman, Everlane CEO, to Business Insider.

Racked reported that if Everlane continues on its current trajectory it could soon find itself competing in the big leagues with major retailers like J.Crew and Gap.

The combination of more affordable pricing and a commitment to transparent and ethically sourced supply chains has made the company a star among millennial consumers. Big name brands should keep an eye on this ecommerce business in years to come.