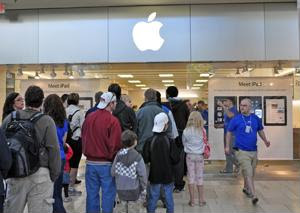 In a research note to investors recently obtained by blog Apple Insider, KGI Securities analyst Ming-Chi Kuo revealed the iPad Pro production process has run into some problems. However, despite supply chain issues, the company is still expected to sell an estimated 2.4 million to 2.6 million units in the fourth quarter of 2015.

Apple's manufacturing and production issues
The two main issues with the device, designed with the intention of incorporating both tablet and notebook features, are with the display and Apple Pencil accessory.

According to Business Finance News, Sharp, the sole supplier for iPad Pro high-resolution display panels, is having trouble keeping pace with production demand for the 12.9-inch screens. Samsung is expected to offer some assistance to help increase production, though it likely won't be until later in the quarter.

The second issue Kuo noted is the manufacturing of the Apple Pencil accessory, which has an intricate building process, Apple Insider reported. Considering the novelty of this product, supply and assembly issues are more or less to be expected, with inefficiencies likely to improve over time.

The current setbacks involved in the Apple Pencil production process should not drastically influence the overall estimated sale units of the iPad Pro, since the Pencil is sold separately for $99.

However, this is not the first issue the Apple Pencil has presented. According to OppTrends, when the stylus accessory was first released several weeks ago, demand was high but supply was limited - resulting in shipping time estimates of four to six weeks.

iPad Pro estimated sales for 2016
Though the sale unit estimates for the fourth quarter may be hindered by production complications, the numbers likely reflect the inflation of sales expected for the holiday season.

Kuo noted that he expects estimated sales in the first quarter of 2016 to drop to 2.1 million to 2.3 million units, according to Apple Insider.

If this research note is correct, Apple iPad Pro suppliers include: TSMC as the sole manufacturer of all A9X processors, Parade for all display time controllers, GIS for 75 percent of LCM and touch modules, Radiant for the iPad Pro backlights, and Foxconn leading the overall supply chain process.

Allocating one supplier to handle the majority, if not all, of each assembly component is risky - an issue exemplified by Apple's lacking screen supply from Sharp.

Another factor that may impact overall sales this coming year is the increasingly competitive market share, with major companies such as Microsoft and Samsung offering similar products.

According to the Good Technology Mobile Index Report, while iOS still leads the market share, claiming 72 percent of all mobile device activations, Android and Windows have made significant gains in the tablet marketplace.

In the first quarter of 2015, Windows and Microsoft tablets experienced a jump from 1 to 4 percent in activations, and Android has doubled its market share since 2014, the report revealed.

Right now there is a wait for customers to receive their iPad Pros. Though people can get the Wi-Fi-only, Silver Edition model for $799 within a few days, even small changes, such as choosing the space gray model or adding additional gigabytes, tack on at least one to two weeks in wait time.