Home Unlabelled What can the Nepal earthquake teach us about risk management?

What can the Nepal earthquake teach us about risk management? 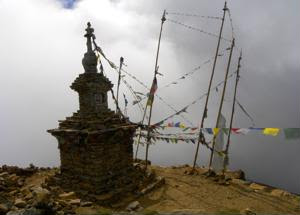 In late April, a massive 7.8-magnitude earthquake shook the lives of thousands of people across Nepal, India, Bangladesh and China. With the casualty count steadily climbing as more victims are discovered and named, it's important that citizens of the world band together to help our brothers and sisters in Asia who are suffering the repercussions of this literally earth-shattering event.

As people start the rebuilding process, picking up the pieces of their broken lives but not broken spirits, many believe that "the show must go on" mentality is applicable here. It's important to keep business going, if at all possible, and find a new normal that can survive past this terrible tragedy.

For the supply chain and the world of manufacturing, this will be incredibly difficult. There are many factories in this part of the world that have been affected, sustaining everything from a few cracked walls to massive loss of life and property. How can the global supply chain industry learn from the efforts to quickly better recover from natural disasters that could seriously disrupt procurement and global sourcing services?

The effect on the economy

First and foremost, it is important to examine the lives and livelihoods of the people working in the supply chain. According to The Wall Street Journal, the overall infrastructure of transit in the area has been destroyed and it's very likely that the imperative hydroelectric projects close to the quake's epicenter have been entirely compromised.

As the region fights to rebuild and win back tourists and the local governments finds their footing in the aftermath, those in the supply chain will also journey forth to find new ground on which to set perhaps more solid foundations. It's important for companies that rely on global sourcing to be prepared for natural disasters to strike at any moment, and to have backup suppliers so that all workers can have safe environments. As bdnews24 noted, many buildings in Bangladesh are tilted and unfit for habitation.

Ultimately, the earthquake is a setback that could have long-lasting effects on the world of the supply chain.

Every natural disaster we've encountered in the past 15 years has made it clear that supply chain management is never more crucial than it is in the first few days. As the United Nations reported, a person living in the Asia-Pacific area is nine times more likely to be affected by a natural disaster than someone in North America  and 67 times more likely than a person living in Europe. These statistics make disaster planning a priority for companies that source from this area, which include members of many industries around the globe.

According to The Diplomat, it's imperative for supply chain managers to have constant access to early warning systems, as these may help mitigate imminent disaster. In the event there is a disaster, it's important to have backup suppliers in another area of the world to keep business going but without risking the lives of those in affected locations.

The restoration efforts in Nepal will feel like astronomical feats, as Quartz asserted that the quakes and aftershocks have set the country back by more than a decade. It's of paramount importance that all parties involved have safety measures in place when working in high-risk locales. If these quakes can teach us anything, it's that disaster happens on its own schedule and the after-effects could take years to recover from. Having plans in place that put as little strain on the supply chain as possible during a time of need will undoubtedly help keep assets and businesses safe.