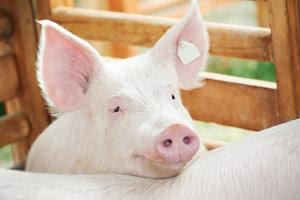 When people consider the rights of those in the supply chain, they are mainly focused on the well-being of those making electronics or farming the cotton for garments. Even the individuals who transport the materials or final products are carefully considered and taken care of. But what about our friends that are the goods being managed and shipped?

Animal welfare in the supply chain is something that many activists are adamant about changing. Many believe that the creatures that quench our appetites in the end should be treated with respect and dignity while they are still alive. Fortunately, there are efforts being made across the globe to eradicate the atrocities of animal treatment in the supply chain.

Fighting for their rights

While there are activist groups around the world that boycott the meat industry as a whole, there are select others that only object to the way animals are treated while they are being transported to their destination.

In Israel during the Passover season, animal rights groups such as Israel Against Live Transports and Anonymous for Animal Rights protested against inhumane travel processes, according to The Jerusalem Post. These activists staged a series of demonstrations that depicted the intense conditions that animals are forced to endure when transported across the ocean.

The source noted that more than 200,000 sheep and cattle are imported into Israel each year and subjected to utterly inhumane conditions for the entirety of the trip. There have been multiple instances in which mass death of cargo occurred due to the filth and neglect. Fortunately, Australia's Exporter Supply Chain Assurance System has set strict policies regarding the condition of the animals' transport, the source reported.

The hospitality chain Hilton and all of its umbrella companies have turned over a new leaf in terms of improving the welfare of animals used in hotel restaurants across the world. The chain has made a vow to source its pig and chicken supply from free-range farms, reported SupplyManagement. In order to earn the "free-range" designation, all pork products need to be raised in a group rather than a small enclosure and chickens need to be able to roam without the confines of a cage.

These new policies were created in conjunction with the United States Humane Society and will be implemented across other nations as soon as the means to procure animals humanely available.

It is our duty to ensure the well-being of all creatures involved in the supply chain, and we should do our part to source our produce thoughtfully and humanely for all parties involved.