Spicing up the supply chain with with non-GMO ingredients 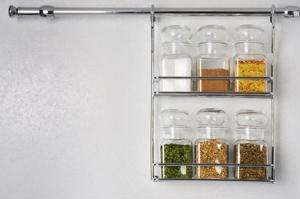 People are always looking for ways to cut out something in their diet to make themselves healthier. There are fads like juicing and only eating foods with easily pronounced ingredients. The recent topic on many minds, however, is the plight of genetically modified foods.

GMOs are everywhere. Because of this, people are usually unaware that they're ingesting something that's been tampered with or fixed in any manner. Eliminating GMOs from foods across the country is a noble endeavor, but one that will certainly take a while to accomplish. These days, restaurants and food brands across the globe are removing GMOs from their food sources, changing the way that the supply chain operates.

What are GMOs and why are they so bad?

People tend to shudder when they hear the letters "GMO" uttered together. There's a stigma attached to them - messing around with the genetics of food cannot be good for us, right? For the most part, yes, modifying things we ingest at the genetic level is dangerous. Some of the tweaks are designed to help crops resist pesticides while others induce shorter growing seasons.

Consumers are generally anti-GMO, but mostly for psychological reasons, reported National Public Radio. For some, "genetically modified" immediately triggers an association with "unnatural" or "unhealthy," and while these aren't necessarily false accusations, they certainly aren't always the case across the board. Did you know that the corn we eat - corn on the cob, corn kernels from a can, etc. - was genetically modified by farmers many years ago to be better digested by the human body? As EatingWell reported, this strain has since been mass-produced and is sold to farmers across the country.

However, the source indicated that there is still a large debate over the issue of health. Many believe that GMOs are to be avoided at all costs while others assert that GMOs are fine in moderation, like any other food. Regardless of the public opinion, there are large chain restaurants around the world that are taking  steps toward entirely GMO-free operations.

Cutting GMOs out of the chain

Chipotle, the fast-casual burrito chain, recently announced that its restaurants will no longer be serving any foods that were made with GMO products, reported RT.com. Hungry patrons are very happy with this decision, feeling that the chain has listened to their concerns about health and the nature of ingredients. The restaurant asserted that it would like to change the way people think about fast food - mainly that "fast" and "healthy" are not mutually exclusive terms in regard to food.

This Chipotle announcement comes on the heels of poultry producer Pilgrim's Pride raising its livestock without antibiotics, a move that followed in the footsteps of Tyson and Purdue, stated TakePart. Restaurant chains using antibiotic-free chicken include Panera and McDonald's, and many consumers are hoping other chains and smaller food establishments will follow suit.

What does this mean for the supply chain?

Because GMOs are such a hot-button topic at the moment, procurement services will need to find a consistent supply of natural ingredients free of GMOs, antibiotics and worries. Should this become the new normal, there will most likely be some drag time for suppliers to get with the program. These changes cannot be made overnight and the restaurants should not expect immediate results. However, it does seem that this trend will not be slowing down, so suppliers and procurement services should take notice and make the necessary changes now to account for the inevitable demand that will come later.