On the rise: Wages, employment... concern? 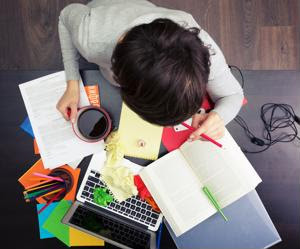 Since the Great Recession of 2008, the United States has been hard-pressed to get the economy back to stability and make the dollar strong again on the national market. With our money troubles, we also saw the lowest employment the country had seen since the Stock Market Crash in the '20s. Over the past few years, more jobs have been created and the dollar has gotten stronger as other national currencies fell. This has been great for the American economy, but is the rise and the eventual plateau going to be tough on certain sectors?

Dollar on the mend

The U.S. dollar has been busy at work, rising at the highest rate it's seen in 40 years, reported CNN. This is great for our economy, but it's doing quite a number on the market overseas. While the dollar continues to strengthen and grow, the bottom lines of large enterprises are suffering, noted the source. The only way any currency can improve is by the demise of another - the Euro may even slip below $1, unheard of just a few years ago.

Of course, while we are interested in the global economy, the U.S. has been in stimulus mode for quite a few years and we are just now reaping the benefits of our efforts. As a country, our productivity has been rapidly increasing and strong wages will undoubtedly follow, reported Industry Week. Gas is at the lowest price in six years, the real estate market is booming despite a dreadful winter season and the unemployment rate is sinking by the month. The source noted that as wages in the United States rise, they will appreciate faster than they rose in the first place. While this is indeed a positive step toward rebuilding the economy, is the job market following suit?

It's true that any jobs added to the American economy constitute a good sign, especially given the state of the market just a few years ago, but what does it mean when the jobs start to plateau?

According to a separate Industry Week piece, the Bureau of Labor Statistics reported that 126,000 new jobs were added in March 2015. This represents a huge feat for any struggling country, but quite a good deal fewer jobs than have been added in the 12 months previous. The steep decline, from over 200,000 jobs per month to last month's number was hardest on the manufacturing sector. The Alliance for American Manufacturing reported about 1,000 jobs lost, noted Industry Week, and the strong dollar was to blame.

All of these factors roll into one complicated mess that has become the American economy. The source reported that while the dollar continues to be strong and oil prices remain low, the manufacturing industry will continue to suffer. How this will affect the supply chain in the long run has yet to be determined, but the losses to the sector will be undoubtedly large.

It seems to be a fascinating correlation: more jobs and the strongest dollar the country has seen in years against a flailing industry with layoffs in factories and refineries across the nation. What, in fact, will be in the future for the supply chain if so many people are being terminated? Will prices go up or will companies procure supplies from outside sources? Perhaps the rest of the year will be more telling in terms of whether jobs, the dollar and industry growth will level out and hopefully find a happy balance.