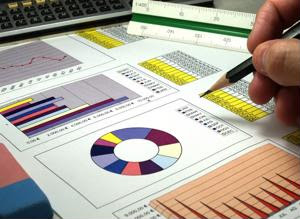 It's not surprising that companies and business leaders are trying to cut costs where they can. Trying to save a few dollars here and there is not only good for business right now, but down the line as well. But what are the implications of a powerhouse in the retail industry requesting that its suppliers charge less for goods and products? The Arkansas-based giant retailer Walmart has been facing some difficulties in the past few years and is currently in talks with suppliers to slash costs for all stores, noted Fortune, but what does this mean for the company as a whole?

Asking suppliers to cut down on costs is not entirely out of the blue. As the source indicated, Walmart will focus on removing the bulky advertising displays along with large banners to minimize any extra costs. This action comes on the heels of the enterprise hiring a new chief executive to help the stores in the United States that struggle to keep up with the changes in retail. As a separate Fortune article detailed, the changeover in July of 2014 was to specifically address the falling sales of the past few years.

Even if it is perfectly normal to insist that suppliers reel in their costs so that stores may focus on selling more products rather than just advertising for them, these changes do feel a little desperate. The source noted that Walmart had been suffering from consistent quarterly earning declines, and that the new CEO was installed to return the store to its formal glory - but will this method of modifying the supplier relationship management prove successful?

Walmart is faring much better than other brick-and-mortar stores which that have closed in the past few years, but what exactly is the to blame for Walmart's wavering confidence?

According to Supply Chain Digest, Walmart's year-end earnings for 2014 came out around $2.8 billion, nearly double from the year before. While the numbers are up from those of the years during the Great Recession, many believe that digital shopping outlets are to blame for the decline. Online retail giant and marketplace Amazon had some promising growth for 2014, with revenues increasing by 20 percent and merchandise sales up by about 28 percent for the U.S. alone.

There are a few reasons why people would rather use Amazon and similar services than venturing out to a physical store. Many prefer the convenience and privacy of shopping at home while others believe that they're getting better prices by cutting out the middleman in some cases and buying directly from suppliers. Regardless of the specific reasons consumers have turned their eyes toward an online store, the undeniable fact is that Amazon's style has become more popular in the past decade, leaving shopping centers with fewer customers and vacant stores.

Should these trends continue, Walmart may need to take a longer look at how it manages its hundreds of stores. It's unlikely that physical stores will ever be wiped away entirely, at least in our lifetime. The need for actual buildings will remain, but perhaps higher management will need to reassess procurement and purchasing to offer competitive prices but keep business going.

Whatever the case may be, the supply chain is undergoing a bit of a renovation. While this generally means that customers will be receiving the best deals possible, enterprises could find themselves changing business methods entirely to keep up with the changing times. Should this happen, the supply chain will undoubtedly benefit and customers will rejoice in their expanded options.