Home Unlabelled Gas and oil continue to be pain points

Gas and oil continue to be pain points 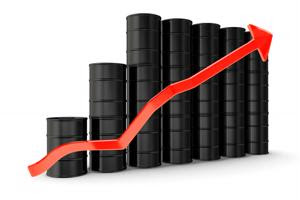 It's no secret that gas is not only a hot commodity, but also a hot-button topic. People can't stop talking about the price of gas, what the fuel cost a decade ago and how harmful the whole petrol procurement process can be. This isn't surprising because oil is everywhere. We use it to heat our homes, power our cars and we rely on it to power the planes and trucks that deliver our goods both in and out of country. Obviously, there are people who subsist without gas and its benefits and detriments, but those individuals are few and far between.

Now that we have finally been dragged through the final bouts of winter, plane, boat and automobile season is coming. The summer months are when people use gas the most, but with the oil reserves in the United States near max capacity and the discovery of oil overseas, what will the summer of 2015 be like and how will it compare to past years?

In recent months, companies that make their money from the search and discovery of new oil sources have been experiencing the pinch of maximum capacity reserves. All sectors of the supply chain were feeling the heat, or rather lack thereof, and itching to get back out into the world. Some of the harder-hit industries were out of Great Britain, and so it's a little ironic that an exploration firm found oil outside of London, reported IndustryWeek. According to the source, there are about 100 billion barrels' worth of oil in the ground adjacent to Gatwick Airport.

Unfortunately for the United Kingdom, it's estimated that only 3 to 15 percent of the oil will be able to be extracted. However, the extraction method will likely not require fracking - instead, the Surrey ground will be mined in more traditional fashions. This discovery was huge for the island nation, as only last year the British Geological Survey announced that the whole region of Great Britain only had 8.5 billion barrels of oil left in the earth at the very most. Still, the world is not experiencing a shortage and in demand of oil quite yet, so the celebration of the discovery is on hold.

Even though spring has hardly sprung in the U.S., analysts are already thinking about the summer and what the gas market will look like. For the third year in a row, the U.S. is the leader in oil and gas production for the entire world. What has allowed for this upswing is fracking, reported Climate Central. Despite countless claims and petitions to desist the oil procurement process, it continues to be successful. However, there are more rules in place about greenhouse gas emissions that the U.S. supports and many believe there needs to be a reconciliation between production and emissions, noted the source.

At the moment, the summer of 2015 seems to be shaping up to have the lowest prices for seasonal gas on record in the last six years, reported The Times Leader. But now that the demand for more oil is sinking as the reserves are filling up, what will become of the booming gas and oil sourcing sector that been created? Crude oil prices are depressed due to the constant gas collection, but at what point will companies see that the more gas there is, the worse off the industry becomes? Perhaps this summer, with the expected high temperatures and the low gas prices, will shed more light on the issue than predictions can claim.