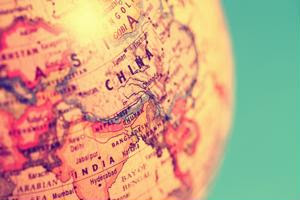 The Silk Road was once a series of lucrative waterways and trade routes connecting the West with the East, the old with the new, the exotic with the domestic. Over millennia and 4,000 miles of land and sea, the trade market underwent a revolution and gave rise to the intercultural world we know and are familiar with today.

In recent years, the Silk Road has meant nothing more than a chapter in a history book... until now. China's President Xi Jinping has proposed a new Silk Road initiative that could potentially generate $2.5 trillion in a decade. What are the implications for the world stage should the Silk Road once again control the reins of trade?

"One Belt, One Road"

China's plan for a new trade route that mimics the Silk Road of old would extend across all of China and Asia and reach as far West as Greece, noted the International Business Times. President Xi is hoping that more countries from the West will want to join in on the action and participate in the $50 billion project that is being funded by the Asian Infrastructure Investment Bank. This coop, in direct competition with the World Bankthat Washington, D.C. helps control, would provide funding for infrastructure for countries in need of repair.

With the massive over-reaching arm of the trade route and the AIIB (and the support of countries such as Russ​ia, Denmark and Australia, reported IBT), many are concerned about the amount of power China is trying to amass under the guise of cross-country friendship. To this effect, China vows to have a more open policy in addressing global concerns.

America sees the new project as something of a red flag, not a white one. The main concerns lie mostly with the technology and restrictions in the banking sector with the AIIB​ at the helm, reported The Maritime Executive. The source indicated that partners in the Chinese bank would need to forfeit their own secret source codes and adopt the cybersecurity encryptions provided by the bank.

Some see this as an abuse of world power while others have still not made a decision on the matter. At the very least, it would seem that the Silk Road initiative will have a strong impact on the supply chain as we know it. What changes will arise should President Xi's plan become a reality? That remains to be seen, but let's hope for a transition as smooth as silk itself.