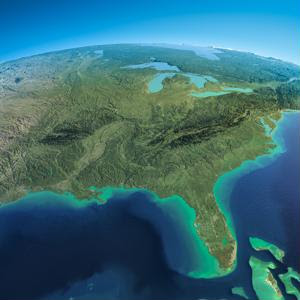 Even before the economic crisis about seven years ago, regulators and officials were working to bring manufacturing jobs and other components of commerce back to the United States, after decades of off-shoring hurt financial performances and health across the nation. These efforts have been largely successful thus far, and have accelerated in the past five years given the wider range of incentives coming from the government to stimulate nearshoring and re-shoring efforts.

Still, there is much work to be done in myriad industries, and state officials have done a wealth of work to stimulate even greater improvements in the economy through less off-shoring to Asia and more frequent sourcing both within the United States and its closest neighbors to the north and south. Other economic goings-on around the world appear to be pushing the nation in the right direction with respect to local sourcing and comprehensive overhauls of the supply chain.

The Load Star recently reported that trade between Mexico and the U.S. is beginning to boom, and that one of the key reasons why this is occurring traces back to increased costs in China, which had been ground zero for off-shoring in many industries. According to the news provider, one truck and intermodal broker stated that Mexico has stepped up to the plate and is now beginning to hit the ball out of the park through its robust and less congested ports of call.

Mexico's economy has indeed strengthened through the years, thanks in large part to major industrial investments both internally and coming from other nations, including the U.S., the source affirmed. As for labor, The Load Star noted that these costs in Mexico are already at a level point with those in China, which is only helping to bring more business into the country and lower the cost of trade for the U.S. in the process.

Sourcing in the future

Chances are the same trends prevailing today will continue to intensify as time goes on, especially with so many companies already looking to move more of their operations and supply chains closer to home in the U.S. Strategic sourcing through nearshoring can be just the boost some firms need to reduce costs and lower overheads, thus improving profit margins despite potential contractions in demand that may arise along the way.