Home IT The past four years: How has America Invents impacted US economy?

The past four years: How has America Invents impacted US economy? 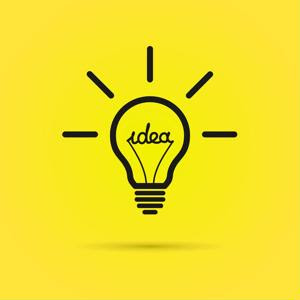 When an expert creates a product, whether he or she will sell the item to a company capable of producing it depends on the resources at his or her disposal. Then, a number of different factors impact that firm's decision to procure materials from domestic or foreign facilities. For example, if the inventor still owns the patent, purchasing goods from South American factories may seem more plausible to him or her.

The considerations venture into the realm of spend management as well. The volume of inventions U.S. entrepreneurs create doesn't necessarily dictate the amount of imports or exports the country registers on a yearly basis. Still, such transactions are worth assessing when developing a comprehensive view of the U.S. economy, and therefore supply chain management.

On March 16, 2013, the Leahy-Smith America Invents Act took effect, implementing the greatest revisions to the U.S. patent system since 1952. According to Wired, the biggest change to the nation's patent law was the creation of a "first to file" program. Before the AIA became active, a person could file a patent, but then someone else could claim that he or she originally created the invention, which would then incite a lengthy legal process.

As of March 16, 2013, such litigious contention has not been feasible. Now, the individual who filed the original patent is considered the inventor. University of California, Berkeley professor of intellectual property law Robert Barr spoke with the source, and noted that it will no longer matter if a person can prove he or she invented a product if his or her name is not on a patent.

"It's a big deal, and all that patent attorneys I know are busy right now, filing applications before that goes into effect, which tells me that most of their clients are better off under the old system," Barr told Wired.

How has it affected the economy?

The whole purpose behind the AIA was to simplify the patenting process not only for inventors who may be considered diamonds in the rough, but also large companies that need to file patents in multiple countries. The majority of nations around the globe use the "first to file system."

Michele Nash-Hoff, president of ElectroFab Sales, wrote an article for IndustryWeek discussing whether the AIA has had a positive impact on inventors. She acknowledged sentiments from both opponents and proponents of the law, with the former contingency noting that inventors have lost the majority of patent cases since the implementation of the AIA.

Nash-Hoff referenced commentary from patent agent David Waller of Patent Success Strategies, LLC, who maintained that the AIA has "significantly impacted ... collaboration among research groups," alluding to the fact that such entities are benefiting from the AIA.

One of the downsides of the AIA is that it indirectly hinders an independent inventor's ability to talk about his or her invention before it's filed. This prevents such inventors, the kind operating out of private labs (in more theatrical versions, garages), from aggregating capital and professional interest in their creations. Essentially, he or she can file until it has financial backing, and it's incredibly difficult to receive funding because prospective investors are wary of inventions that do not appear legally valid.

"Disturbing the evolution of ideas disrupts our development as a society, and changes to our patent laws are doing just that," said San Diego Inventors Forum President Adrian Pelkus, as quoted by Nash-Hoff. "American inventors create new products and jobs. The more we enable inventors the more our country prospers."

In summation, the AIA had an impact on the economy, but it hasn't gained many proponents as of late.