Home Unlabelled Dips: A necessary evil or a trend?

Dips: A necessary evil or a trend? 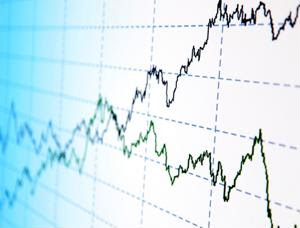 Dips in trade are about as common as ripples on a pond. They occur, the effects are felt, but then the water returns to a calm state and business is once again fine. These little trade hiccups can happen for all sorts of reasons and disappear just as quickly as they emerged. For example, the cost of purchasing materials or products can fluctuate based on the season or an unexpected weather event. Whatever the reason, the supply chain experiences dips, and while there is not always a bad omen attached to the lower numbers, a downward trend does raise some eyebrows. How are consumers reacting to dips in trade?

Steel production is a large business with China at the top, manufacturing over 65 million metric tons for the month of February 2015. This number, while immense, is down 0.7 percent from the month before, while production for the first two months of 2015 was down 1.5 percent compared to the same time frame from 2014, according to Industry Week. These small percentage changes may seem paltry to some, but when there are hundreds of thousands of metric tons of crude steel that isn't being used and it's the third month out of four during which numbers are dwindling, others are beginning to ask questions.

The production of steel and some alloys has decreased from January to February 2015 while the demand for the same materials increased by 3.8 percent from January to February 2015. Why this change? It is posited by some that people are searching for recycled materials to satisfy the relationship between supplier and procurer. If this is going to be a continuing trend, there could be a significant change in the way steel refineries are managed and marketed. Moreover, this is not the only market that has seen a decline in the last month.

The demand for large-scale trucks also decreased in February - it was a whopping 26 percent lower than in January, reported SupplyChainBrain. This dip, however, is not surprising, nor is it ominous. SCB asserted that while the number of orders fell significantly, there is a huge backlog in processing orders and fleets of trucks are booked in full for Q3, which is nothing but good business for trailer rentals. It's estimated that the industry will see about an 8 percent increase for the year of 2015, despite woes in February.

What can we assume was the reason for the lag? The adverse weather that the United States experienced in February could certainly have something to do with it. For many around the country, it felt that the snow and ice would never subside and trade could very well have suffered as a result. Other guesses include the idea that people were sourcing in smaller numbers or were able to receive shipments via train or cargo boat instead of trailer.

While there is always demand for some items, steel and trailers among them, trade is a business with many variables and chances for decline are almost always around the corner. There are so many factors that go into procuring materials and making sure that global sourcing can stay a cost-effective enterprise. One thing is for sure, some products will never go out of style, and there will always be a demand if the supply can keep up.

The idea behind smarter sourcing practices in the world of trade is that customers get the better end of the deal to keep them coming back for more. If there are dips in the economy, trade-caused or otherwise, prices are likely to fall, whereas times of assurance drive prices up. Consumers experience these dips just as often as businesses do and the most important thing to mention is that there will always be a need for some services. Who knows? Next month might be better.