Home IT The benefits of going green

The benefits of going green 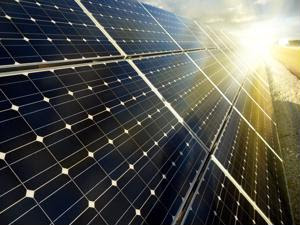 Climate change, global warming, sustainability and the future of natural environments have been some of the more widely debated topics among politicians, members of households, business owners and others throughout the past two decades. Although there has been somewhat of a split between those who believe that human beings are causing a decline in environmental sustainability and those who do not even think that anything is wrong with the planet, the specifics of each faction's argument are really neither here nor there in commerce.

Regardless of which side of the debate you might be on, if you are a business owner, there is only one right choice, and that is to work to reduce your carbon footprint, launch green technology initiatives and step into the modern era of customer and talent attraction. Studies indicate that consumers are already looking to do business with green-thumbedfocused companies rather than those that do not have any foundation in environmental sustainability.

What's more, the whole point of going green is to reduce waste, drive efficiency and lower overheads - all of which can have a substantially positive impact on profit margins over time. So, rather than going into whether scientists are right about ocean temperatures and other matters, let's discuss why all companies should simply make it a point to become a bit more eco-friendly through the use of advanced green technologies.

The Napa Valley Register recently reported that vintners in Northern California are hopping aboard a very large bandwagon with businesses from virtually every other industry, heading toward greener practices and the use of sustainable sourcing models. Although this agriculture-based sector might be a bit more clearly suited to green initiatives, this does not take away from the lessons to be learned through both the state's efforts and those of vintners in the area.

According to the news provider, green initiatives can directly translate to financial incentives from the government, which is somewhat of a common theme regardless of what state a business might be operating within. The source also affirmed that meeting certain types of criteria put forth as part of green initiatives is not just a matter of acquiring those financial incentives, but also achieving a line of "performance benchmarks" that can take a business to new levels of success.

Over in the Motherland, The Guardian recently affirmed that a focus on green technology is one of the only ways to ensure that businesses, households and the government itself are becoming more sustainable and efficient. Luckily, solar, wind and other sustainable resources are far more attainable and feasible for a wider range of entities, meaning that reliance upon fossil fuels could potentially be a waning theme in global commerce.

The source explained that Sir David King, a former scientific matters adviser to the United Kingdom government, spoke at a conference in Paris regarding these issues.

"Technology is moving ahead very rapidly," he said, according to The Guardian. "I think we need to focus not only on the details of the negotiations, but also on what the technological revolution is going to bring to us."

Business leaders might not always have a tight understanding of what it takes to achieve more sustainable operations, nor which options are available to ensure a seamless path toward this objective. However, information about green technology best practices is readily available through a wide variety of resources, as ecological themes have certainly become prominent in the public eye, while strategic sourcing service providers can also help with these matters.

The reason why going green is important and how to do it is there for the taking, so do not hesitate to get on board!