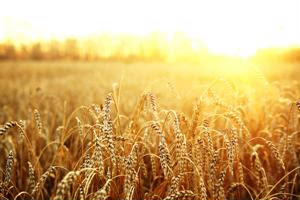 "Gluten-free" is now a term that we're seeing pop up on labels with increasing frequency, even on items that have always excluded wheat, and foregoing flour has become something of a craze. Some people are  adopting gluten-free diets to see if  the approach helps their tummy trouble, while others simply want to know what all the hubbub is about. Whatever the case may be, gluten-free food items are becoming increasingly popular. There is such a huge demand for the products that companies are hopping on the bandwagon to try to profit from the craze. And they might as well do just that, since the market for wheat-free fare is growing by the year.

Celiac disease is a condition that involves the body responding to gluten by having the immune system attack the small intestines, explained the Celiac Disease Foundation. This does not allow the small intestine to properly absorb food nutrients, thus causing myriad health problems if left untreated. While seemingly innocent, Celiac is an autoimmune condition that is estimated to affect one in 100 people globally. There is no cure for this disease and the only treatment so far is a strict gluten-free diet, meaning wheat, rye and barley are entirely off-limits.

Up until a few years ago, most of us had no idea what gluten was, let alone Celiac disease or a gluten intolerance. Now, gluten awareness is much more widespread. The grocery store used to have a few offerings for people afflicted with Celiac, but now there are large sections and many more options of gluten-free products. Menus specifically note when items are gluten-free, which indicates that restaurants are doing their best to cater to the masses of people afflicted. In 2014, gluten-free foodstuff sales reached $973 billion in the United States alone, reported Manufacturing.net. More businesses are looking to offer gluten-free options and take advantage of the craze to accommodate more customers.

Out in Kansas, scientists are looking into the genetic make-up of wheat, trying to pinpoint what exactly about the plant DNA causes such adverse reactions. Should the hard science work out, there could be an entirely new market for genetically modified wheat that doesn't include the intolerable ingredient, noted the source. If this does indeed occur, companies that provide procurement services will be falling over themselves to satisfy the wants of consumers who desperately miss the texture of fluffy, fresh bread.

While some scientists are hard at work in the wheat fields of Kansas, there are others in North Carolina looking to develop a therapy to help manage the symptoms of Celiac sufferers, stated Reuters. There are still many more tests to go before this treatment can be tested on a larger population, but the earliest results are proving to be promising. It's not clear whether people will be able to consume gluten without restriction while taking the drug, or if it can only control small amount of the DNA protein in the system.

Should these early tests continue to be positive, we could see these therapies hit the market in as early as three years, asserted the source. This is huge for those who suffer from an intolerance or full-out refusal of gluten. If the remedy does pass the FDA guidelines, hundreds of thousands of people will be aching to get their hands on the miracle pills, resulting in the creation of a new market for the materials of the drug itself and its various components.

In the meantime, gluten-intolerant individuals will wait with bated breath, eating corn pasta and flourless cakes until there are more scientific solutions to treat Celiac. Looking forward, the wheat-free food market may suffer, but other sourcing sectors will undoubtedly rise to prominence and the procurement of these new products will become paramount.