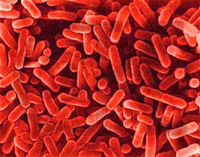 It takes a certain amount of clout to push back the FDA. Olympus Corporation has the necessary clout.

To those who do not know Olympus Corporation, they have been providing minimally invasive therapeutic and diagnostic technologies globally since 1919. Since then, Olympus has gained over approximately 70% of the $2.5 billion gastro-intestinal endoscope market.

Olympus has been of recent interest to more than just endoscopy patients due to an outbreak of a “super-bug” at the Ronald Reagan UCLA Medical Center. Healthmap.org wrote an article explaining the details of the infectious parasite: “Carbapenem-resistant Enterobacteriaceae bacteria are part of a family of bacteria commonly found in the colon. Over time, some of these gut-dwelling pathogens have developed high-resistance against many widely used antibiotics.”

The FDA has been aware of these colon bacteria for years and drafted up new guidelines in 2011 that would “set non-binding recommendations for manufacturers of many types of medical devices, including the complex, hard-to-clean instruments called duodenoscopes that recently harbored deadly drug-resistant bacteria at UCLA Medical Center and other hospitals. The day after the UCLA outbreak came to light, the FDA warned that the instruments involved may be impossible to fully sanitize.”

It would seem that the federal government’s agenda is to hold Olympus solely accountable for the sanitation of their devices at point-of-use. This can be compared to the infamous 1994 case, Liebeck v. McDonald’s Restaurants, aka the hot coffee lawsuit, where the law favored the consumer and awarded $2.86 million to the plaintiff. A quick reminder that it was the consumer who decided to put the 180-190 degree coffee in her lap and then proceeds to drive her vehicle. The government is not doing its due diligence nor is it being logical in its demeanor. Why is it afraid to admit that the user, the person, the consumer has partial responsibility for the appropriate use of a product? Is the government thinking that the average Joe cannot handle average responsibilities? There should be shared responsibility when it comes to preventing defects and infections.

It seems what the government is trying to do is use Olympus as a scapegoat.  But what Olympus Corporation is trying to do is due diligence and logical thinking. The company makes no claims that its devices require no pre-procedure sanitation, so, how can it be held solely responsible for the lack of purification at point-of-use? Why are the hospitals or cleaning companies not involved in this matter?

Olympus Corporation has already made many efforts to describe the necessary effort to sanitize its machines. “Olympus’s instructions warn that if the scopes ‘are not immediately cleaned after each patient procedure, residual organic debris will begin to dry and solidify,’ making them harder to disinfect. Hospital staff are supposed to “pre-clean” the devices before they leave the room where the procedure took place.” This is not an issue of negligence, but an issue of shared responsibility.

We can take this issue out of the scope of medical devices and the life sciences field and to supply chains in general. It is in fact up to the end user (the consumer) to choose whether or not to use a product, a device, or a service based off ratings and reviews of its necessary requirements. The beauty of a free market, of capitalism, is the choice to let a company go under because it is not at the level which the consumer desires. The government has divisions to oversee fair trade and to seek out corruption and public deception. The government looks out for the safety of its citizens but should not control the fate of companies working in its domain.

In the end it is the last stop of the supply chain, the company that the consumer sees and purchases from, that will always get the largest blame when defects and incidents arise. It is up to that company to control the quality of its materials, but when it comes to the consumer using, cleaning, and maintaining the product purchased, we cannot alleviate responsibility and blame from the consumer as well.