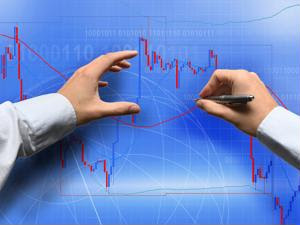 The United States' financial situation has been in a perpetual state of flux throughout the years following the Great Recession, as it has taken at least seven years thus far to bounce back and return to a state of stability. This is not to say that improvements have not been made since 2008, but rather that investors remain somewhat timid when approaching major decisions, government regulators are striving to do the right thing by way of interest rates and consumer confidence has not been on a perfectly consistent track.

For this reason and many more, strategic sourcing, supply chain management and commodity investments have become fine sciences that need to be handled by the right, experienced professionals to avoid risk and reap rewards. After all, even before the recession struck, global markets were never the most predictable, and certainly had their fair share of fluctuations around every corner.

Today, the Federal Reserve continues to tread lightly with interest rates, which has put a wealth of commodity values - especially raw materials - in strange positions where supply, demand and price changes do not coincide quite as closely as they would have in the past. The dollar still has a way to go to reach the prolific levels of the past, and one can only hope that the erratic, yet mostly positive, gains in the U.S. economy continue on until a point of relative stability is reached.

The Wall Street Journal recently reported that the Federal Reserve's latest announcement regarding its decisions to hold off on raising interest rates was met by somewhat notable fluctuations in raw materials prices and commodities markets, occurring halfway through the month of March. The Fed has arguably more control over commodity prices and dollar values than even Wall Street itself, which is why so many changes to what became the new state of normalcy occurred when this announcement was made.

Remember that the dollar has fought back from recession levels and many were beginning to expect interest hikes from the Fed within the near future. This, however, is not how the story went at the recent Fed meeting. According to the news provider, the dollar had been on a streak of growth for eight straight months, but a slight drop off was recorded virtually instantly after the Fed's announcement that it would be a bit more patient with any changes to interest rates.

There are two potential outcomes to these fluctuations, one of which is certainly positive for American commodities markets, and the other not so much. The source pointed out that China's economic contractions are hindering demand around the world, and major investors are somewhat perplexed by the Fed's arguably strange decisions that might be driven by intentions unbeknownst to the rest of the country.

Still, the WSJ did note that a wealth of major players believe the Fed will indeed kick up interest rates within the next nine months and that this will directly improve the value of the dollar.

Volatility has been a common word in the commodities market lexicon for the past several years, and even if the Fed does start to align its decisions with investors' expectations, this will not create a perfectly predictable line of thought. Rather, even when supply and demand is the only matter that impacts commodities markets, the song will remain the same and investment decisions will still be difficult to make.

By leveraging experienced, professional supply chain and strategic sourcing services, investors and businesses can rest assured that their decisions are being made for the betterment of profit margins.