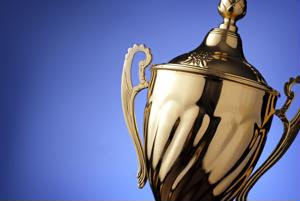 There are some things that we just can't source locally, as much as we would like to. These products range from exotic fruits to materials needed to make up a micro-processor for our smartphones. One of the more precious resources that needs to be brought in from another country is gold. This element, found wrapped around fingers and in the finest liquors, is sought-after in many cultures. We associate it with coins, jewelry and as the highest standard that something can be, but what are the fluctuating prices and the uncertainty of the future of the gold market  costing the human race? As long as there is gold to be harvested, there will be a market for it, but we should not hang up our morals for the sake of finery.

There are unspoken horrors for associated with what some will do to obtain a precious substance such as gold. Without going into gruesome detail, let it be known that the procurement of the metal has been under question for some time and now something is being done about it. The mega gold hub of Dubai has recently announced the its intention to implement a system of accredited sourcing, according to Resource Investor. This is a huge move for the metal magnate and it sets a great example for the rest of the gold-consuming world.

The system, noted the source, will be fully implemented within 18 months, rolling out as one six month interval and a final stage estimating about a year. This structure measure precedes any claims that Dubai has sourced gold from "strife-hit countries," and will set into motion the standard for how gold shall be traded in the region and perhaps on a global scale.

If not reducing, at least recycle

A trend that is widely recognized in the United States is the "cash for gold" phenomenon that promises money in exchange for broken or unwanted gold items. While the credibility of these many institutions that offer this service is shady at best, the idea of recycling gold jewelry and coins is sound.

Unfortunately, there was a decrease in recycling practices for 2014, a trend that is likely to continue for 2015. The price of gold has been sinking, according to SupplyChainBrain, and the fluctuating cost per ounce accounts for about 75 percent of the amount recycled. Conversely, recycling spikes when the economy wavers. The source indicated that "distress selling" only occurs during economic instability, while in happy economic times, the metal remains tucked away in a jewelry box or stuffed in a drawer with unwanted junk items.

In an ideal world, there would be more recycling of unused gold, or at least consigning gold-containing pieces rather than harvesting them for their materials. This could be a game-changer in the realm of sourcing as there would be less demand for a brand new supply, and the procurement practices could be more closely monitored by ethical councils.

While it is encouraging to see countries taking progressive steps in the name of humane sourcing practices, it's certainly not enough that only one region of the world is taking charge. Though if the system in Dubai proves to be successful, perhaps we will see a change in the way we procure the materials for our finery and other outsourced products.

At least until the supply of gold is depleted, there are steps we can take to ensure the safety of all parties involved in the procurement process. It's our duty as consumers to do our part and take care of those that service us.