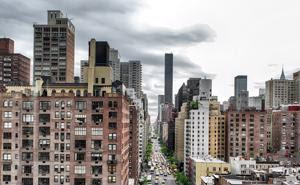 Eco-friendliness has become one of the more commonly discussed topics among boardroom executives, public sector officials, consumers and others in the past few years, as the world appears to be moving along a greener track as time goes on. Whether individuals want to save the world or do not believe that climate change is a real threat, green technology makes good business sense given its ability to reduce costs and drive efficiency.

What's more, consumers and corporate purchasers are moving in a definitively eco-minded direction, looking for brands that are conscious of their carbon footprints and act aggressively to reduce strain placed on the Earth. Now, one state has announced that a major project - which will be the first of its kind in the green energy arena - is set to wrap up, and the buzz will surely be quick to follow as the media stir begins to grow.

GreenTech Media recently reported that New York State has announced a joint project with the State University of New York Polytechnic Institute to create a research and development facility that will be the biggest of its kind in the world. The main focus of this project appears to be the need to take more proactive steps to reach goals of efficiency across the state, most notably those involved electricity utilization and the use of renewable resources for various energy needs.

According to the news provider, the facility will be called the Advanced Grid Innovation Laboratory for Energy, cleverly shortened to "AGILe," while the projected time of completion has yet to be revealed.

"This is new and innovative and will allow New York state to lead the country in energy development, smart grid and other technologies and provide economic benefit to the state," New York Power Authority's Head of Research and Development Allen Ettlinger affirmed.

The source noted that NYPA will act as an advisor to SUNY Polytechnic Institute and other members of the state's initiative.

Chances are good that more of these types of projects will be launched by municipalities, businesses and others in the future, as all signs point to a greener future in the public and private sectors. The time is now to get on board with green strategic sourcing for the betterment of brand images in the future.