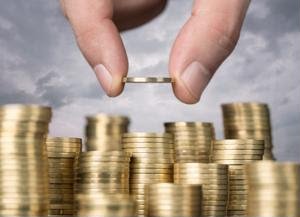 When it comes to total containment, colleges and universities really know what they're doing. They have to support a certain number  of students on a predetermined budget and while tuition does rise, much to the dismay of students and parents, the allocations generally stay the same. In order to achieve this grand feat year after year, higher education institutions need to procure their materials in smart and economical ways. If there were to be an award for smart spend management and procurement, it would have to go to the colleges and universities in England. The savings they've managed to accrue could put the public sectors of many countries to shame, so perhaps these nations should learn some lessons from English higher education institutions.

Universities all over the globe have many small moving parts, and they all require money. Food services, cleaning products and a wide array of other materials are necessary to make institutions habitable and safe for students. While it would be possible to save a lot of money by getting the cheapest stuff available, that would not appeal to people paying tuition. Public Finance reported that English universities have saved over £1 billion in the past three years due to smart spending and proper procurement.

These colleges have been working closely with procurement services to ensure that they are getting the most out of their money while still adhering to the standards for which they are known. The market is difficult for universities on an international scale, as students want to get the biggest bang for their buck and not have to sacrifice anything in the process.

The public sector should take a class from English universities, at least as far as their spending habits are concerned. While, of course, spending is a necessary evil for the public sector just as it is for education institutions - creating jobs, fixing infrastructure, maintaining prisons - there is a way to spend the budget without overstepping fiscal bounds. In an opinion piece for The Wall Street Journal, the author noted that reducing taxes would be a smart impetus to jump-start monetary austerity. This would encourage those who divvy out the funds to look at how they procure materials and spend tax dollars.  Universities have caught onto something - success can be profitable and still be smart.

Emulating universities' approach however, is not a surefire plan, or even one that could work in the long term. However, it does spark a conversation that could force those in charge of our money to take a long, hard look at how we procure necessary items and how much it's actually costing the people.