Home Unlabelled Technology's role in procurement is set to increase

Technology's role in procurement is set to increase 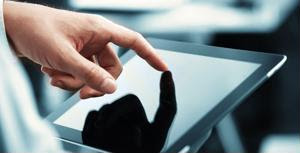 The past several years have been characterized by new technologies playing an increasingly influential and formative role in enterprise operations. Tools such as cloud computing and big data have driven business cost reduction while also allowing companies to speed up production processes and adapt to market changes in real time.

The procurement space has also been deeply informed by these cutting-edge tools. Sophisticated applications have provided business intelligence to executives across a range of specializations, and these programs are also offering key insights that help improve strategic sourcing decisions and enable firms to more effectively manage their supplier networks.

Computing Magazine recently reported on a study by research firm Deloitte that highlighted the major concerns of chief procurement officers for 2014. Of the 180 CPOs who responded to the survey, 70 percent said they planned to make significant investments in technology over the coming months. Deloitte attributed the trend to both increased economic activity and the proven benefits of many new IT resources.

"With recent economic performance so positive, it is perhaps no surprise that procurement is expecting to be given further permission to invest, especially in tools with the promise of unlocking more value," the researchers wrote, according to Computing Magazine.

As companies trust CPOs to make these investments, they need to ensure that their decision-making processes are as effective as possible. The Deloitte study discovered that 75 percent of procurement teams were using retrospective rather than real-time data to create strategies, the source reported. But executives seem to be aware that this situation must change.

"It has been encouraging to see the rise of more live and even predictive analytics, creating insight and modeling capabilities that can underpin a much broader and valuable dialog with the business," Deloitte stated, according to the news source.

Just as analytics applications are improving sourcing strategies, other technologies are creating efficiencies in production lines. In a column for Procurement Leaders, researcher Maggie Slowik discussed the positive impacts that 3D printing has had on manufacturing processes. She noted that some of the components produced and sourced by firms such as Rolls Royce and BAE Systems are made via 3D printers, and these tools make it possible for medical prosthetics to be created in less than six hours.

Technology clearly benefits procurement - but the need to obtain theses resources also presents its own sourcing challenges. CPOs should ensure that IT teams have access to the right hardware and software, in addition to considering whether higher-tech components might result in better products.