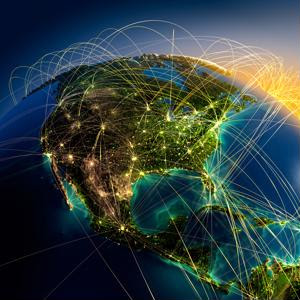 The push toward a more globalized, interconnected economy over the past several years has driven considerable benefits for many companies. The ability to reach a much broader customer base has given firms in the consumer product market a wider reach than ever before. Additionally, enterprises now have a much larger and more varied pool of potential business partners to choose from, opening up a greater range of ways to reduce manufacturing costs and boost profit margins.

But the complexities that accompany this more dynamic model for the contemporary distribution supply chain come with their own set of expenses, and as such, firms need to ensure that they maintain a cautious, cost-conscious procurement mindset.

In a post for the Gray's blog, University of Michigan Professor of Industrial and Operations Engineering Jeffrey Liker discussed the approaches that companies have taken in adopting lean manufacturing, as well as some of the pitfalls they've run into. He noted that some firms have opted for "scatter-shot efforts" that don't drive operational improvements and business cost reduction on a large scale.

However, Liker also pointed out that in order to implement truly lean operations, it may be necessary for companies to rethink the benchmarks they set for success. He cited comments previously made by Toyota Production System pioneer Taiichi Ohno that highlight the importance of ensuring that in-house processes are effectively managed.

"You talk about setting numerical targets and using them to determine whether something is acceptable or unacceptable, but that's not really what management is all about.  That's what you'd call 'monitoring,'" Ohno said, according to Liker. "True management is about organizing things so that everyone works toward their targets."

GEP's Santosh Nair expressed similar sentiments in a recent column for Spend Matters. He predicted that while the bottom line will remain a crucial procurement consideration in 2014, companies will begin to place an emphasis on locating "value centers" rather than on simply slashing short-term costs. Sustainable partnerships will become preferred over relationships based on discounted pricing that isn't meant to be long-term.

Nair also acknowledged that complexity in the distribution and production chain isn't going anywhere in 2014. As complications continue to pour into sourcing networks, procurement executives will need to understand these factors and the costs involved.

"Sources of complexity and the corresponding value impact will be measured and tracked to identify corrective action," Nair wrote.

Reducing operating costs in this business environment will require companies to make decisions that will be viable in the long run while also acknowledging their immediate budget concerns.