Technology is streamlining the procurement process 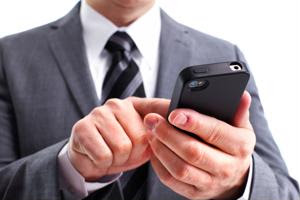 Increased agility and operational efficiency are among the most characteristic traits of contemporary businesses that have adopted the newest generation of technological tools. Firms continue to transition their legacy applications and data storage to both public and private cloud infrastructures. This trend has resulted in reduced on-site hardware, more effective spend management practices and boosts in productivity. Meanwhile, mobile work has increasingly become the norm for enterprises, and cloud-hosted applications that are delivered via the Web rather than through on-premise servers mean that employees can do their jobs from virtually anywhere.

The procurement process stands to benefit just as much from these shifts as other areas of business already have. Cutting-edge technologies have streamlined a number of key processes and resulted in much shorter turnaround times for product development, and they can also drive this kind of efficiency in strategic sourcing practices.

The rise of mobile procurement

It's no secret that smartphones and tablets have become everyday items in contemporary culture, and many businesses are already leveraging the ubiquitousness of these gadgets by implementing bring-your-own-device policies. In a recent column for Spend Matters, Intesource CEO Steve Whiteman suggested that sourcing may soon see a number of benefits from embracing the mobile trend.

"It's only a matter of time before its impact is felt in procurement," wrote Whiteman.

He pointed out that the basic technology that makes mobile work possible for product sourcing is relatively straightforward: It's a smartphone- and tablet-ready version of the digital procurement software that many executives are already using.

"With an application that extends the functionality of an e-sourcing solution to mobile devices, buyers can perform many of the same functions on the road as they could at their desk," Whiteman noted.

The benefits of mobile procurement that Whiteman outlined have to do with efficiency and flexibility. The ability to perform work from anywhere transforms downtime - hours spent traveling, for example - into yet another opportunity to carry out sourcing transactions, thereby increasing enterprises' productivity.

Digital tools also have the capability to make some of the production processes that take place throughout supplier networks more sustainable and cost-effective. Peter Lacy, managing director for Accenture Sustainability Services in Asia Pacific region, discussed the connection between technology and waste reduction in a recent post for the GreenBiz blog. He noted that tools such as the cloud and big data are driving the "dematerialization of things." Spotify, for example, has made music a digital rather than physical commodity. The growth of this trend may simultaneously reduce costs and drive sustainability.