Negotiation Tactics, From A Pirate 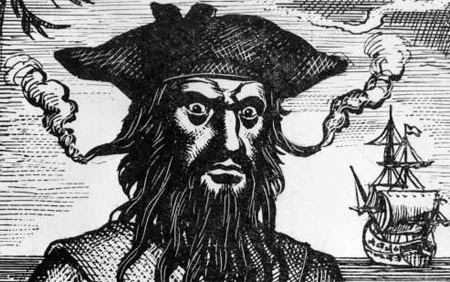 The European Security Economics project (or EUSECON) pegs the full annual economic cost of naval pirac at somewhere around $1.5 billion. This annual cost has maintained an even keel even as security measures increased during 2013 from both government navies and private security firms and the total number of pirate attacks decreased. A study appearing on nautil.us states that, while total piracy attacks went down in 2013, the total annual income of piracy efforts parroted previous years.

How is this happening? Pirates are using stronger negotiating tactics.

The study, viewable here, offers a number of data points highlighting all pirate attacks occurring in the past 10 years, and as a general rule, the findings were as follows:

In short, the study tells us that the most profitable pirate attacks don't end quickly but don't take too long, and this is because of a few tactics that you can employ in your own sourcing and negotiating. The most important of which is...

Know More About The Other Party Than They Know About You

The most successful pirates, as outlined in the study, are those that know what ships they are attacking, know what's on them, and know how affluent the shipping company they're attacking is. This information is anchored, in party, from previous pirate attacks and negotiations. They gather this information while taking the necessary steps to ensure that the parties on the opposite side of the negotiation know only what they want them to know. These pirates are effectively using every bit of market intelligence they can get their hands, including competitor pricing (if you will), to ensure their venture is as profitable as possible.

In your own negotiations, market intelligence is extremely important. Pulling from the easily available sources - your personal negotiation and purchase records, and external indices and research reports - as well as those high-level sources like partner data and cross-industry benchmark data is a sure-fire way to increase your chances at increasing profitability.

The study also mentions the associated costs for both parties has to be factored in to negotiation costs. For pirates, they must keep a ground support crew to shuttle supplies back and forth between the ship and their base of operations, dock security if the ship comes to port, fuel and supplies. The ship owner has to assign senior management to the day-to-day negotiations, loses use of the ship, potentially loses the cargo, and is almost guaranteed to have to repair the ship once negotiations are done. Costs increase for both sides as negotiations drag on.

Knowing you and your organization's own limitations, as well as the other party's, can help you carefully navigate your negotiation position.

So there you have it. Two really good pieces of information that will help you kidnap Tom Hanks negotiate your next deal.