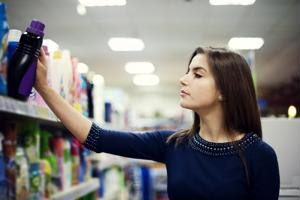 Despite the fact that environmental issues have garnered an increasingly large amount of public attention over the past decade, sustainability remains one of the most problematic aspects of the procurement process. To be sure, companies have made considerable improvements in the ecological soundness of their sourcing practices. Alternative power sources are now more popular and readily available than ever, and sustainable products have moved from the shelves of specialty retailers and groceries to the mainstream of the consumer product market. Meanwhile, companies are also taking a look at the ethical implications of their production processes and suppliers' practices.

However, sustainability is rarely - if ever - easy to incorporate into a strategic sourcing initiative. There are simply too many moving parts in most enterprises' supply and distribution networks for firms to implement a set of green practices and simply forget about them, assuming they'll do the job on their own. Eco-centric procurement requires continual vigilance and investment.

Tackling the troubles of green retail

Companies with complex, high-volume distribution chains tend to find sustainability particularly problematic. Retail is a key example of such a sector. Finished consumer goods often involve a great number of raw materials, each of which needs to be sourced from a vendor that may have its own network of suppliers. In light of the challenges inherent in green retail, businesses are looking for creative ways to surmount the obstacles.

Some firms have called upon the principle of strength in numbers, forming relationships not only with sustainably minded suppliers but also with other retailers committed to green logistics. Sourceable recently reported that Kathmandu - the largest outdoor clothing and equipment retailer in the United Kingdom, Australia and New Zealand - has partnered with the Green Building Council of Australia (GBCA), signing onto an agreement with other companies in the sector to prioritize sustainability in retail.

"The retail sector is a long way behind the commercial sector when it comes to sustainability. Commercial businesses that have taken sustainability seriously are reaping the rewards. The same will be true for those in the retail space," said GBCA Chief Executive Romilly Madew, according to the news source.

Play to the consumer

Another tactic retailers have adopted is to ensure that customers are fully informed about their sustainability efforts - and this is part of the intention of a new program called Directgreen, according to Eco-Business. The program's founder told the news source that the initiative helps retailers promote their "sustainability credential" while making green investments "at their own pace" - which may be an essential spend management tactic for many firms.