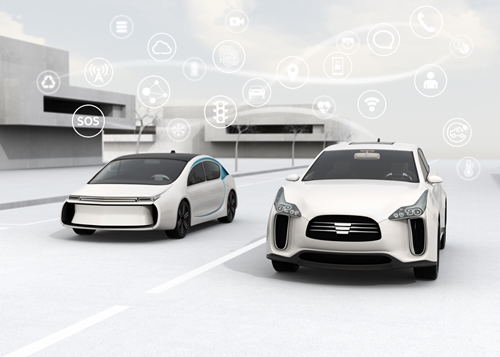 Strategic sourcing can fit into any field imaginable. The value provided by this close alignment of organizational leadership with the supply chain can provide helpful direction that goes beyond the raw cost savings procurement and sourcing managers have been called on to deploy in the past. It's easy to see how this information-rich methodology can improve complex industries such as auto manufacturing, defined as they are by the many specialized parts that make up each finished product.
Furthermore, the importance of strategic sourcing is only likely to increase. As years go by and the auto industry expands the complexity of vehicles it produces, there are opportunities to add value.

The complex, autonomous future
As Manufacturing.net contributor Partha Mukherjee recently explained, there are changes coming to the way automakers source their components. These developments will be enforced by the mainstream introduction of autonomous vehicles, which differ from standard cars and trucks in a few critical ways. To truly create cars that can direct themselves, manufacturers will have to commit to new software and hardware alike. Developing these components and manufacturing them in the quantities necessary for mass-marketed vehicles is better suited to a new supply chain model.
Meaningful exchanges of technology and ideas between the developers of various components will be critical to the years ahead, according to Mukherjee. When organizations learn to collaborate instead of forming stratified supplier networks, they will be able to move the industry forward as a unit. The next few years will bring especially complex supply chain models: Companies will be producing the same kinds of cars they've always made, while they're also ramping up to full-scale manufacturing of advanced autonomous vehicles.
Creating links between today's automakers, parts manufacturers and the tech partners they'll need to adapt to the coming market could be a job for strategic sourcing teams. It's clear that the bonds needed to collaboratively develop and deploy new capabilities at scale have real value, which means that leaders can benefit from setting their sourcing departments to this task rather than merely having the teams work with contracts after the fact.


Everything will change
As a demonstration of just how many components on vehicles will have to be redesigned in the years ahead, consider doors. WardsAuto spotlighted electronic latches in the process making a greater point about the challenges that come from turning limited-production automatic components into standard equipment. Driverless cars will require latches that react automatically when the vehicle is in the right location, even if there isn't a motorist in the traditional sense. This requirement will mean taking a part that has seen use in some niche cases and putting it on every car to roll off an assembly line.
The sensors involved in autonomous door latches must be able to tell when someone or something is going to crash into the vehicle. Furthermore, the components should be light and efficient to keep the cars from getting too heavy. Mike Hietbrink, global sales director and general manager of auto supplier Kiekert, told WardsAuto that despite the drastic nature of the oncoming changes, they aren't necessarily unprecedented. Door locks, as with many other auto components, have been evolving for decades.
Procurement News