The promise and pitfalls of the green supply chain 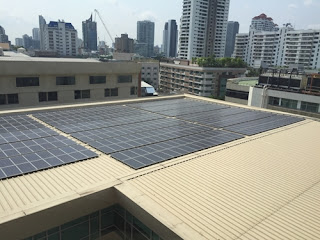 Saving energy and lowering costs can be a boon for the supply chain, but it can also be difficult to implement. Not only do businesses have a huge amount of supply chain components to consider, there's also the problem of deciding which exact method will have the greatest impact. Some are not just trying to reduce energy emissions but offset them entirely through alternative, positive means.
Furniture giant Ikea is planning to augment a distribution center with solar power panels, Chain Store Age reported. Working with the SoCore Energy group and Gray Construction, Ikea reportedly plans to place solar panels across the roof of its building in Joilet, Illinois. The assembly will consist of 8,966 panels and is expected to sit on the top of the building once it's finished roughly a year from now.
Something other companies can take note of is the way this initiative fits the company's larger stated environmental mission. In 2015, the Ikea Group released its Sustainability Report, detailing, among other things, its progress towards energy independence.
It also said that the values of green energy use apply not just to the customers, who have access to resource-saving products. This involved affirming the plan to promote a Code of Conduct for the company's suppliers through initiatives that extend into the future few years.
Planning and acting
Unfortunately, developing a functional green supply chain takes time and attention to detail, as well as reasonable, achievable goals. For a business to fully commit to a green transformation, it needs to understand the impacts on both the bottom line and the customer.
In a chain of actions outlined in Industry Today, calculating the carbon footprint and ultimate savings of a plan can both factor into a new green initiative. Crucially, the source advocated for small changes as well as large ones, which could make the task of modernizing seem more feasible. Instead of putting all of their energy into a massive overhaul, a company can also update smaller pieces, such as lighting fixtures, to introduce changes slowly.

"Consultants can give the company guidance while overseeing an important green conversion."
Procurement and sustainability
One other component of this is the way procurement strategies can go along with environmental goals. The article emphasized the importance of smart procurement, with important sustainability criteria part of the process from the beginning. If a green project benefits from better data, procurement systems can give managers information from the beginning to structure a supply chain correctly.
It goes along neatly with the goals of a procurement audit. Consultants can give the company guidance while overseeing an important conversion, and also make the relationships within the supplier network stronger and more productive.
When there's already a holistic method in place for solving problems, it makes it that much easier for businesses to tweak their approach to reach environmental goals. Accurate reports can be the first step toward implementing change that lasts, no matter what the desired outcome.
With environmental concerns important for producers around the globe and supply chains dependent on international passage, sourcing needs to stem from a business' most critical concerns.
Procurement News