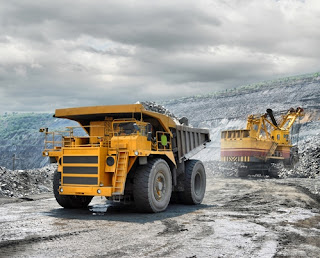 Context always matters for shipping and logistics, and the dry-bulk sector in particular is reportedly looking at some upcoming improvements. The Wall Street Journal recently reported that the Baltic Dry Index has slowly rebounded from record-low levels this year to the score of 1,232, a ranking which could be encouraging for multiple businesses, including concrete, coal and grain.

The Journal spoke to Scorpio Bulkers Inc. President Robert Bugbee, who said that the market still has room to improve, although it seems to have moved past the worst levels. For firms such as his that have had to sell vessels to stay even, the hope of more even conditions could make a welcome respite.


"The BDI has seen crests and drops recently, including the May 2008 record number of 11,793."
"Next year there are strong indications we will cover costs and also make some money," Bugbee said. "The market is fundamentally improving and barring a severe disruption to the world economy, it should be plain sailing from the second quarter onwards."

More about the BDI
To understand the significance of the new figures, it may be necessary to look backward at the history of the Index. The New Yorker profiled this system earlier this year.

Created by the Baltic Exchange in 1985, the BDI has seen crests and drops recently, including the May 2008 record number of 11,793, thousands higher than the more recent ratings. This high was followed by a 25 percent dip in the following months, showing the volatility in the market even in the year of its highest figures.

Over the years, the New Yorker said, the BDI has gained fewer recipients and been relegated to the sidelines. However, it appears to be returning to more serious discussion in economic circles, or at least seems to have achieved, as the headline puts it, "surprising relevance" in the current age of dry-bulk goods.

Fast-moving "boom and bust"
Others considering the dry-bulk market also see it as one prone to sudden changes. Writing for Seeking Alpha, independent trader Paulo Santos said that the most recent jumps in the industry could outlast the typical short-lived spikes seen in previous years. Since this is a problem affecting countries across the world, could global sourcing play a role in reassuring companies?

Despite a series of changes as recent as last month, Santos asserted that the key rates are improving, iron ore imports are climbing and that the need for new ships may (eventually) return to influence production. This comes with the major caveat that similar positive trends have ended up crashing in the past, perhaps demanding caution even in the face of some strong improvement.

Yet another source confirmed the tumult in the dry goods sector. Forbes said that the BDI increase in particular stemmed from two political factors: efforts in China to prompt bulk materials shipping and speculation that the new Trump administration could lead to a focus on infrastructure construction, which would in turn require a larger amount of materials.

All of these different publications and experts seem to confirm a major fluctuation, pointing to a need for steady supply systems. When companies face instability, spend management could help reduce costs and influence better decision making.
Procurement News