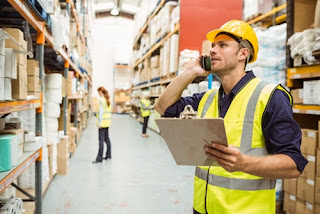 Logistics businesses may have a strong market to look forward to, based on recent trends. Information from the Bureau of Labor Statistics shows the newest developments for the industry, especially given the relatively few years between 2016 and the Great Recession. As of October 2016, the BLS had tracked an increase in the average hourly earnings for employees  within the trade, transportation and utilities supersector.
In July, this rate was $22.39, but it has grown in the months since to the level of $22.55 last month. During this time, the amount of weekly hours worked has also slowly decreased by a rate of a tenth of an hour per month. The same department released an Employment Situation report detailing more of the specific changes that have happened during the last month.
The Department of Labor has also recognized the general employment markers, which could be important for all companies, including those in supply and distribution. In a statement, Labor Secretary Thomas Perez said that the newest signs are part of a sustained period of growth.

"Strategic sourcing brings the best in both technology and personnel to the table."
"The American economy continued its solid recovery from the worst economic crisis of our lifetimes in October, with the addition of 161,000 jobs," he said. "All told, American businesses have added 15.5 million jobs since February 2010, and we are in the longest streak of overall job growth on record. Additionally, the unemployment rate ticked down slightly to 4.9 percent."
While he noted these changes, Perez did call for further changes, such as increasing the federal minimum wage.
Spotlight on logistics
The future of jobs in the logistics sector has been one of the areas for speculation, as older workers phase out and technology increases the skills gap. Supply Chain Dive recently said that the current patterns of domestic warehousing show the beginnings of an evolution for shipping and transportation. The source said that timely and precise delivery are becoming more important for businesses as "geographic advantages" become a priority.
What the article also points to is the link between location and performance of logistics centers and warehouses. It's true that technology will continue to transform the sector in operational terms, but they can also change the role that choosing a space for work used to play in planning.
Jobs and expansion
Another facet of this argument is the relationship between logistics and globalization. Supply & Demand Chain Executive recently outlined some of the key problems affecting procurement today, including utilizing risk information in real time, handling suppliers efficiently and managing information using as central a means as possible. Clearly, technology has a chance to help solve these problems, but the use of qualified employees could also aid these industries if best practices are already in place.
Reducing the complexities of modern supply challenges will give businesses a chance to plan their strategy around. Strategic sourcing brings the best in both technology and personnel to the table for the benefit of the user company.
Procurement News