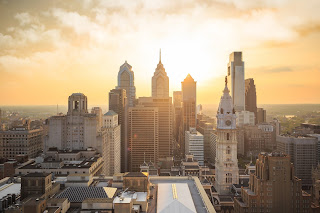 A lot of government bids are won or lost based on one sole aspect of a quote: price. Those who come in low take home the contract – regardless of whether they are better or worse equipped for the job at-hand compared to their competitors. This may change in Philadelphia if a new bill under consideration by city council gains traction and support.
In a nutshell, current rules say that public works projects must be awarded to the lowest responsible bidder. Under this bill, the total “value” of a bid will be the deciding factor. It isn’t just about who can build a road the cheapest anymore, its about who can build it at the right budget, on time, at a high quality level, and with few changes to the implementation plan. Over the long term, this makes a whole lot of sense - I want a construction crew who can get in, fix I-76, and get out as quickly as possible... anybody else who travels along this crowded route will agree with me that low bid prices are the last thing on their mind at rush hour.
This is an interesting development, and not just in the sense of public spending – so why should you, a procurement pro in a private organization care about this? Because there are some real takeaways that apply to all procurement teams, both public and private.

Total Cost of Ownership
The issue at-hand here is moving from a focus on lowest bid to one of “total cost of ownership.” TCO isn’t a public-only concern – this is something all organizations need to be wary of. When reviewing a bid, there are plenty of considerations, nuances, and caveats that a supplier may either not be fully disclosing, or that they never thought to based on the amount of detail in your Scope of Work. It pays to always consider the broader picture… it isn’t enough that a bidder’s quote on this or that widget comes in at half the cost of the nearest competitor if other costs far surpass the competition in the market. Perhaps the lower quality will lead to higher repair costs and lower lifespan. What looks good on paper may come out worse for wear, literally, once that part is in play. This is a short term gain for a long term loss.

ROI
Beyond TCO, we also want to think about “return on investment.” It isn’t a new concept, and plenty of procurement teams already have this one nailed… but not all. If Marketing is pulling its hair out after a meeting with Procurement, you can bet it’s because of a misalignment on what ROI truly means. Marketing doesn’t want to bring in the cheapest agency for the job, they want to bring in an agency that best fits their vision, and who can nab the greatest market share. More eyes on better content that more skillfully conveys a value proposition. They know a dollar spent today that earns ten tomorrow is a better investment than one that earns two – but procurement may be too caught up in just how many such dollars need to be committed to upfront. If that better agency offers higher ROI a year down the road, that value is drowned out by the higher initial price tag. Again - a short term gain for a long term loss.

Be Careful to Avoid Ambiguity
Some people against this bill claim that the language at play (vendors offering the “best value”), is too vague and ambiguous. They argue the subjectivity in defining what “best” means opens a door to favorable treatment. While this specific issue may not be as much in play on the private side, there is still a clear problem – Whatever criteria you use beyond cost needs to be clear and objective. Having a strong focus on SLAs, and clearly outlining customer service criteria goes a long way towards ensuring that your process isn’t plagues by subjectivity.

Taking a Cue from Public Procurement
There’s enough potential crossover from public to private here for Procurement pros everywhere to take note. Think about your bidding process, and ask yourself whether your strategy is more geared towards a short term gain, or a long term successful partnership – at the end of the day, it’s worth taking the time.
Best Practices, Procurement News