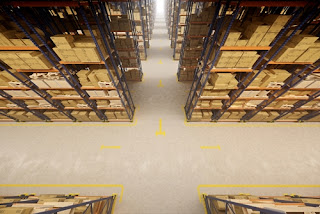 Supply chain theft may always be a problem, but that doesn't mean companies aren't taking a stand against it still. One way to work harder against theft is through a strong procurement management system used for maximizing value and quality. Even when data on this subject seems conflicting, the threat of theft should motivate businesses to use the right tools to pay attention to their shipment lines.
Businesses that know they are more likely to attract thefts can be some of the first to take action. The Wall Street Journal recently relayed information from FreightWatch International about the types of thefts seen last year.
According to this source, food and drink shipments are actually at the highest risk of theft, even though the overall number of thefts is lower. The Journal said that the report called the food and drink thieves "aggressive" and noted that the lack of serial numbers makes them easier to sell later. Even with the amount of thefts rising, the actions themselves are reportedly costing more.

"Even with the amount of thefts rising, the actions themselves are reportedly costing more."
New delivery options
Supply Chain Dive examined one method companies may begin to use for future shipment protection. Based off of the recent steps from Newegg and FedEx, which are working on a delivery center model that deters thieves, supply chains may hinge on readily accessible spots like this. With food products at risk of spoiling, could there be some way for producers to incorporate a similar measure to keep shipments in good shape?
Theft obviously isn't the only hazard facing food supply chains, and the government has recognized this in recent years. The U.S. Food and Drug Administration has the 2011 FDA Food Safety Modernization Act, which it calls a major reform on its website. Under the Final Rule on Sanitary Transportation of Human and Animal Food, the Act says that the transportation will have to keep all products safe while records help track shipments.
Technology also has the chance to enable better food transport conditions that match new technology. In a recent press release, Emerson Commercial & Residential Solutions Executive President Bob Sharp said that new waves of technology have made it easier to work off of insight as food is transported. Emerson reportedly uses sensors that fall into the realm of the "Internet of Things" to monitor food surface temperature for accurate information.
"Only a few decades ago, food transporters would put a thermometer in the food once it reached its destination, whether the trip was five or 500 miles," Sharp said. "Now, we have the technology to give us constant insight into food temperature from the farm to the warehouse to the store, helping to protect food safety and quality for the customers we serve."
The company said that 87 percent of respondents to a recent survey think this data will be vital for keeping food safe. Even if it only comes from one source, that's a sign that businesses may make an impact on customers by embracing these advances.
Looking forward
Technology may make other future adaptations easier and more necessary to facilitate management.
Procurement News