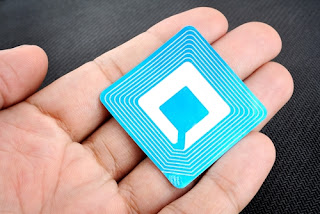 Many have commented on the way autonomous vehicles could lead the way forward for complicated supply chains. However, the production could also drive major disruption for suppliers and logistics professionals, since these new vehicles will have different needs from those that don't connect to the internet. This is because the vehicle may have to handle an unprecedented amount of data and devote more functionality to this than before.
The Wall Street Journal reported on the companies behind the necessary materials for activated cars. These include the computer chips needed for these operations, as the computing capabilities must be just as important as the standard elements of any vehicle.

"Computer chip production could have an impact on production in the future."
The amount of computer chips inside the average car may grow as the systems in each vehicle get more complex. This means that the way companies produce and transport chips could, in fact, have an impact on production in the future. According to the Journal, Intel CEO Brian Krzanich recently gave an interview before appearing onstage at a Los Angeles event.
"We see the world of cars shifting from something that uses computers to enhance the drive to something that uses compute to really power the drive," he said during an interview before his speech. "More and more, it's going to be that compute capability that's going to drive a lot of the differentiation of the car of the future."
He also said that cars could generate as many as 4GB of data just four years from now.
Innovation and collaboration
This cross collaboration between the automotive and tech industries could also push some of the ongoing developments. Information from Bloomberg said that the value of automotive-supplier deals has improved in the past two years, with electronics companies like Samsung preparing to possibly make significant auto-related purchases. The source also said that China represents a healthy buyer for the smart car of the future.
As such, the connection between the way we deliver computer chips and the way we build cars may become increasingly important. In both areas, new advances could point the way and make supplier relationship management vital.
Back in September, the University of Wisconsin reported on a new method of making computer chips to get the most out of individual unit space. This includes "directed self-assembly," a process which requires only two steps to create well-ordered block copolymers.
The article said that heating these materials could create self-assembled units quickly as a means to speed up production. Electrical engineer Zhenqiang Ma called the new method unique and said it is "mass-production-compatible." As a sign of new thought directing the computer chip industry, it could coincide with other developments that reinvent the ways chips are made.
A different but related statement appeared on the University of Texas Dallas research center website. It detailed a proposal from Dr. Jeyavijayan Rajendran, who plans to focus on a "split manufacturing" model which can potentially enhance security. Different built-in layers supposedly keep important information safer.
As the Internet of Things develops even further, more supply chains could have to intertwine themselves more effectively.
Procurement News