Overproduction and the supply chain: Why management matters 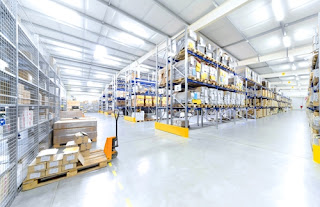 Overproduction might seem like a preferable alternative to underproduction, but it can be just as bad for companies. A few different stories from recent news highlight the dangers that come when businesses risk creating a surplus- and why strategic sourcing might be a way to alleviate the issue. Using both resources and shipping channels effectively can ultimately leave a business closer to staying on-budget.
Baseball merchandise
SupplyChainDIVE brought up a good point regarding the problems of matching supply in the sports product world. For every team, so much can change based on their fortune at a given moment. A good example is the Chicago Cubs, a team which finally won the World Series after more than a century of its "curse." As a result, demand for Cubs-related merchandise is particularly high right now, something not every company may be prepared for.
The source asserted the importance of balance, with the fluctuating levels of demand posing problems for brand manufacturers and vendors alike. Both will need to be ready for a possible blowout if a particular team suddenly gains in popularity, as the Cubs have recently done.
With costs proving to be an especially difficult prospect here, saving money in other areas can have a net benefit for a business' logistics plan. One of the advantages of strategic sourcing is enhanced delivery, which could be useful for industries where fast turnover matters. Businesses may also work off of a smart analysis to keep costs minimal.

"One of the advantages of strategic sourcing is enhanced delivery."
Vehicles
A more blatant example of the problems of overproduction comes from the auto world via The Wall Street Journal. A company that handles production for the Subaru car brand, Fuji Heavy Industries Ltd., reportedly prefers to stay somewhat short of its desired range as a matter of practice.
Despite years of growth and a strong U.S. presence, Subaru apparently is taking slow measures to increase its numbers and address an apparent shortage, rather than dramatic steps.
There may be some value to this strategy: If nothing else, it shows that production matters aren't always black and white. Fuji CEO Yasuyuki Yoshinaga explained some of the reasoning behind the managed shortage more explicitly.
"We don't wish to increase dealer inventory excessively and hope to keep it at a level where there is a slight shortage," Yoshinaga said, adding that he believes they are " unusual for being cautious."
In this case, a carefully planned shortage actually seems to be a part of the company's strategy, even as it goes against industry norms.

"A carefully planned shortage actually seems to be a part of Fuji Heavy Industries' strategy."
Milk
Our final case study comes from the dairy world. Food waste is its own complicated issue, but the milk sector alone provides a special, sobering case. A separate article from The Wall Street Journal compiled information from the U.S. Department of Agriculture on the amount of milk either dumped or lost by dairy farmers and plants alike.
Though the data only pertains to the losses in the first eight months of the years between 2000 and 2016, the results are clear and dramatic: This year alone has seen more than 43 million gallons of milk go to waste, around 10 million more than last year. The source attributed this to a surge in production, initially meant to combat a shortage but is now resulting in lower prices and storage concerns for the excess milk.
The takeaway
These stories may all be different, but they should lead any business to consider the perils of overproduction. To help manage this, businesses can look to logistics methods which give their everyday activities an edge. Whether it's maintaining a "strategic shortage" or simply responding to changes faster, there are several tactics available for organizations in need of better control.
Procurement News