On the Proper Use of Mathematical Models to Calculate True Savings 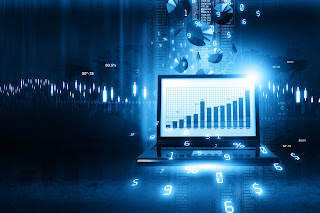 A recent guest post, authored by Maulick Dave of GEP, appeared on Spend Matters [1]. In it he espouses the use of predictive analytics in procurement. Dave’s article offers an interesting (and optimistic) viewpoint about the value of predictive analytics and may be used effectively within the procurement realm. He argues that if you construct a Savings Regression Analysis (SRA) model with multivariate regression of subcategory level past-realized savings data to forecast savings under current market conditions, then you will achieve better cash flow management, gain the ability to time the market, and ensure accurate goal setting and performance management.

Subsequently, a cautionary response was posted by Michael Lamoureux over at Sourcing Innovation [2]. In his post, Lamoureux emphasizes that a SRA model is useful for generating a point estimate (baseline) but constrained by the inherent assumptions involved in performing regression analysis. More specifically, Lamoureux states that the model would not be applicable if “a new buyer comes in that totally redefines the demand and the market strategy, or the market conditions have suddenly changed from supply shortage to supply surplus, or new production technologies could revolutionize production and trim overhead 20%.”

Read in conjunction, these two articles afford an exceedingly important point: Predictive analytics is very powerful, and should be employed frequently by procurement professionals, as long this is done in an intelligent and responsible manner. I cannot emphasize enough how important the words “intelligent” and “responsible” are in that sentence. In general, mathematical models can be described as simplifications of the real world in some that we may construct a computationally tractable understanding of it. As such, they have limitations. It is the responsibility of both managers and analysts to understand what these limitations are.

In order to put Lamoureux’s statement on a more concrete foundation I would like to explore a moment in history during which some very intelligent people forgot to heed his advice. Recall Black Monday (October 19, 1987). Leading up to this day, the financial market had become dominated by quants. The Black-Scholes equation, sometimes referred to as Midas Formula since it was believed to be a recipe for making everything turn to gold, was in widespread use for pricing options. Options are one of the oldest and simplest derivatives; derivatives are essentially bets upon bets. The development and widespread adoption of options led to ever-more complicated derivatives and just as many complicated mathematical models attempting to underpin their true value.

Rather than delve into financial literature, I will attempt to explain how a derivative might work through an analogy. Suppose that you bet your friend John $100 on the outcome of a football game. Say the Browns versus the Patriots. You choose the Patriots of course. At the end of the first quarter the Patriots are up 14 to 3. Rather than wait to see if the Patriots do in fact win, you would prefer to walk away with a guaranteed profit. You sell the right to the $100 bet to our friend Bill. Since it is very likely that the Patriots will win if the score is 14 to 3 already, Bill says that he is willing to pay you $20 for the right to the bet. You have now guaranteed your profit by creating a derivative (selling the right to your bet) and Bill has now assumed all the risk (albeit, he has a pretty good chance of seeing a payout for a nominal fee).

While the assumptions of the Black-Scholes model are beyond the scope of this article, it is widely accepted that when they hold true then the risk of using it is low [3]. Of the utmost importance to us is that the model, and other similar models, are only applicable when the market is stable. On Black Monday, this assumption was violated to an extreme. The world’s stock markets saw a loss of more than 20% of their value within a few hours. While the Black-Scholes equation was not sole the cause for the financial crash, it was “one ingredient in a rich stew of financial irresponsibility, political ineptitude, perverse incentives and lax regulation” and “may have contributed to the crash … because it was abused.” [4]
1
[1] Calculate Your True Savings Target Using Predictive Analytics
[2] True Savings Can Only Be Identified through Multi-Factor Optimization
[3] Black-Scholes Model
[4] The mathematical equation that caused the banks to crash
Data Science