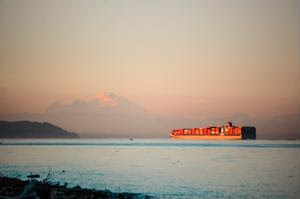 Earlier this month, Hanjin Shipping Co., one of the largest global shipping container companies, filed for Chapter 11 bankruptcy and Chapter 15 protection in South Korea and the U.S., respectively. In doing so, the carrier has caused a massive disruption to supply chains across the world.

As Supply & Demand Chain Executive pointed out, the financial failure of the giant carrier - which left almost 80 vessels and nearly 500,000 containers offshore - is only adding more challenges and complexities to what is an already struggling shipping industry. Plagued by overcapacity, declining shipping rates and lackluster global trade, companies throughout the market have faced increasing pressure. The organizations that will likely face the most issues as a result of this event, though, are retailers and distributors.

"While the eventual removal of some or all of Hanjin from the equation might benefit other carriers, it has left retailers and other importers facing starkly higher costs and service impacts as they scramble to find various other methods to transport or replace their goods, such as airfreight," CBRE Managing Director of Supply Chain Services Joe Dunlap explained to the source.

Retail supply chains struggle with shipping restructure
Stalls in production, higher shipping costs and insufficient stock levels are just some of the supply chain disruptions retail companies will have to deal with. According to Supply & Demand Chain, because it may be months before a resolution to the Hanjin bankruptcy is reached, establishing alternative shipping arrangements will be of immediate importance to retailers, who are now tasked with replenishing inventories and trying to uncover ways to maintain profit margins as they ramp up for peak demand season.

Where are ships containing the millions of dollars worth of merchandise? According to The National Retail Federation, the answer is, well, pretty chaotic. Whereas some are docked at ports in Asia, others are in limbo in U.S. docks, stranded there because transportation carriers are refusing to pick them up for fear they won't be compensated. Furthermore, when this ordeal first began - and protection from U.S. bankruptcy filing was unclear - Hanjin did not dock some of its vessels to prevent creditors from seizing them.

Scrambling to minimize supply chain delays
"It is understandable that port terminal operators, railroads, trucking companies and others don't want to do work for Hanjin if they are concerned they won't get paid," NRF Vice President for Supply Chain and Customs Policy Jonathan Gold said in the organization's press release. "However, we need all parties to work together to find solutions to move this cargo so it does not have a broader impact on the economy."

Supply & Demand Chain reported that, to try and limit production and operational catastrophe, Hanjin is attempting to redirect vessels to transshipment hubs in Busan, Singapore and Hamburg. Additionally, according to The Globe and Mail, the carrier company has announced it will be giving $92 million to help alleviate supply chain disruptions.